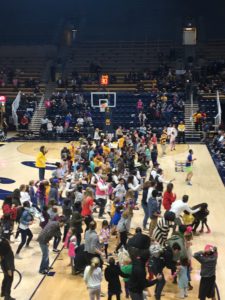 I don’t think so.

What it was – a joyous bunch of people jumping and dancing around. To include little kids, dozens of us old farts and a goodly number of the Straw Hat Band.

The Cal Women won – but it was close. Interesting thing that I noticed – Utah didn’t have one player from Utah on the team – 3 Canadians and a Finn but not one person from Utah.

Cal is mostly Californians + a Kiwi, and Aussie and a fabulous player from Phoenix.