As you walk down Columbus toward the river there is a bright mural on the overpassing railroad bridge.  Just to the right is the VFW Memorial. Comprised of three sections, it makes a quiet but clear statement. In picture form, is the history of the US military war experience starting with WWI. 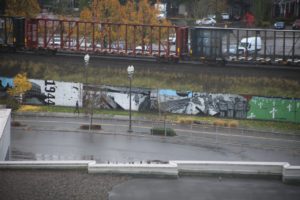 extending along the embankment

There is a section with the names of the dead, the missing and those that served which is expanding by both those adding their names or emailing the info to the project maintainers. 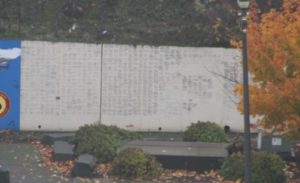 There is the symbolic graveyard. 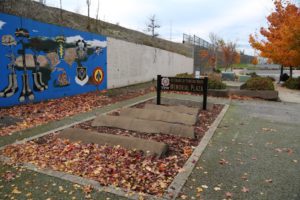 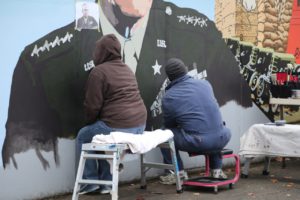 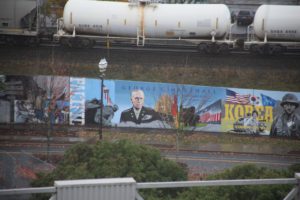 and after touch up

Over all, it is such a simple thing – to serve so that all may have their freedom. Even those who don’t have the understanding or respect that our country deserves.

In other comments; on any day but Sunday it seems to be relatively easy to travel between Portland, Oregon and Vancouver, Washington. When I had verified transportation options yesterday I was horrrified that it would be almost as fast to hike the 10miles between the cities as to attempt the public option. Cabs were predicted to be double the cost of Lyft.

But we made it, went walking toward the river, around the local square and enjoyed Thai food for an early supper while seeing the last of the fall trees lit up with the sunset. 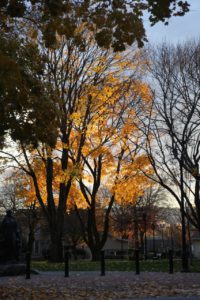