talking about the Exeter Hat for Bill took me back to when I started this whole, perhaps has not silly, knitting hats for fellow cruisers. The year was 2013 and I had been back cruising on Royal Caribbean for a couple of years. The ship was the Radiance and I was going to be leaving the ship at the end of the cruise after doing a number of back to back to back cruises and headed home to Germany. Early in this last cruise, I was talking to the hotel director who mentioned going on vacation (New York) at the end of the cruise and how he wasn’t going to be prepared for the cold. I looked at him – would you like a hat so at least your head would be warm? 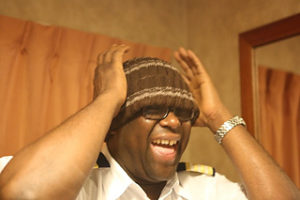 he was pleased. In return, he mailed (it must have been hats) to Maus who was going to school in NYC.  Then someone else asked for a hat – 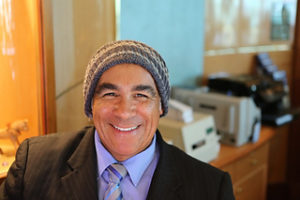 which I knit the next day because it was easy.

and didn’t think any thing more about it. 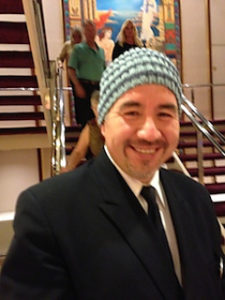 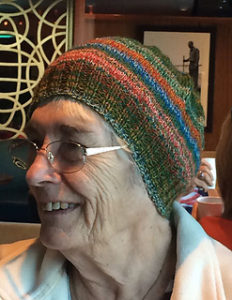 since England can get cold

I didn’t capture Egbert or Tony in their hats –

But I still think this one is the cutest. 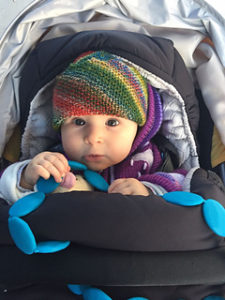