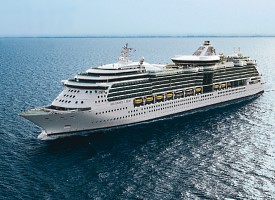 of the Seas is a ship which I haven’t been on since 2010. At that time, it could only be said as the worst ship/cruise I had ever taken. Partly from the fellow passengers and mostly from crew attitude. Apparently I wasn’t the only one who felt that way since there have been serious changes on the ship since then.

Anyway – I am headed across in the company of others. It is one of those times when I could kick myself for not having travel insurance since there is enough going on at home that I might rather be staying.

I haven’t ever sailed out of Tampa – so that is the “port” that is new to me.
When you read this – I will be underway….