and yes, there was turkey. Also gravy, stuffing, and cranberry sauce. All of it was quite tasty. I skipped the pie.

back in time a moment – 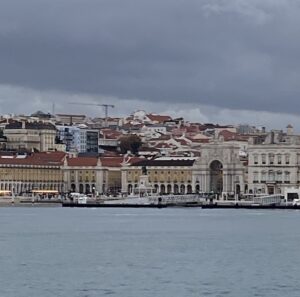 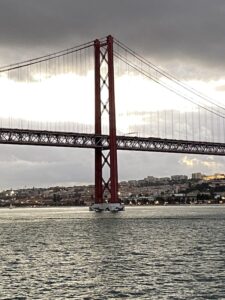 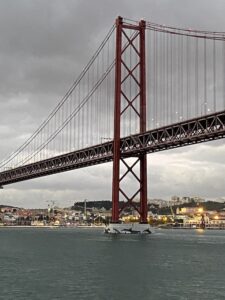 and, of course, this is the P&O giant that we followed. and yes, she did clear the bridge. Barely. 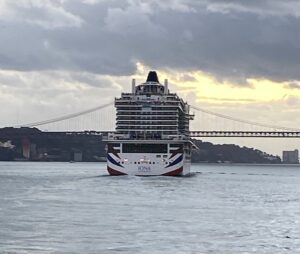 and my day? Spent checking on George as he made his flight in Frankfurt which wound up significantly delayed. He was rescued by daughter #2 at SFO accompanied by what I think was a pretty tired pup from a day spent charging around at the beach, 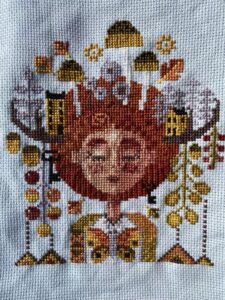 and added another 550 stitches to Dreaming of Klimt by the same designer. 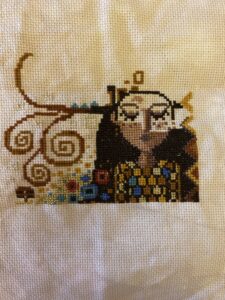 and, just because I know that some of you will understand – I managed to hit a whooping 11kb/sec download speed on a file this afternoon. Which goes a long way to why I am going with fewer and smaller pictures as well as short replies..