For those who aren’t familiar with the location of the Oakland Coliseum let me just let you know that is is not all that far from the Oakland docks and water front. Which means there is a seagull problem on the occasional day.

Someone came up with a brilliant solution. It works, but they didn’t think it all the way through. 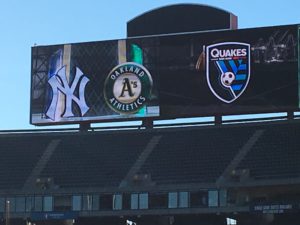 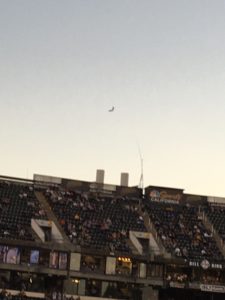 up in the sky

and a closer look – 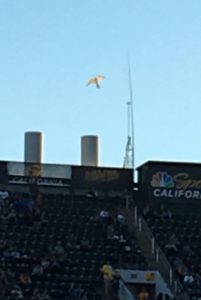 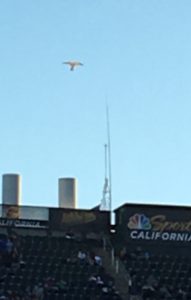 Besides the usual crew in RF149 – we were visited by Stomper & Q. 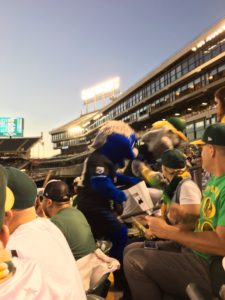 The two mascots headed for the races 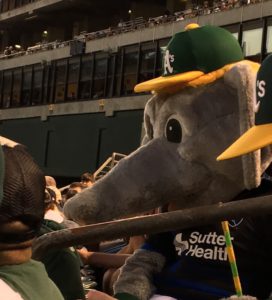 Stomper on the Drums

The challenge on the pest control front turned out to be a small amount of lack on understanding on the As part. Once it is dark, falcons normally don’t fly. But the presence of the Falcon kept away all the swallows. Now, moths are better than seagulls but still….

The As fielding was good, the batters were hitting. Frankly, the pitching sucked. The early lead was given away and it was a struggle after that. I was completely wiped and left after nine innings with the score tied. The next inning took forever. In fact I was almost at North Berkeley when the run scored by the Yankees in the top of the tenth was overcome by Khris Davis actually coming through and scoring two runs for a win. (you know Khris – the one who struck out in the top of the ninth in Florida with the bases loaded and two outs? The one who did the same earlier this game?)