At times it seems that India hit its peak in architecture during the time of the Moghul’s (1600s) and have been drifting downhill since then. The English could well have assisted them in their decline by “improving” some of their monuments and helping themselves to serious amounts of gold and silver in the process. Plus, of course, not liking Persian style gardens certain people seemed to feel obliged to alter them to meet proper standards… A process which was stopped, thank goodness here in Agra before too much damage was done.

It’s history, if you are not familiar, was that it was built (22 years between the building and the gardens) by the king for his wife (#3) who died in childbirth as a memorial/monument and burial location. About 18 years of marriage and 14 offspring in the process of whom ~ 6 survived to adulthood. His plan to build a second matching monument to himself, only black marble was nixed by his youngest son who, after eliminating any interfering older brothers locked up dear old dad rather than have him continue to bankrupt the kingdom to the tune of a second 40 million Rupees. Obviously, these are not the words that were used but it is the gist of the events.

We arrived relatively early to the expected lines and security checks.

And yes, the Taj Mahal really does look exactly like the pictures. Photos are allowed outside. Inside? Buy an official book. I can understand why. There are too many people who don’t seem to get that no flash photography means them… But the architecture and what was accomplished in an era of entirely hand mathematical calculations is mind boggling – especially the arches and onion domes.

Fort Agra was really the palace. Fort standing for fortifications – not military location. We wandered through this afternoon taking our time and dodging vendors both on the way and way out.

We are headed back to the Taj Mahal this evening to take photos by moonlight. Something that can only be booked during the full moon ~ 3 nights a month. 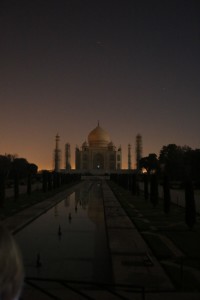 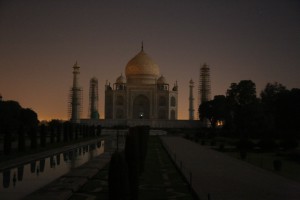 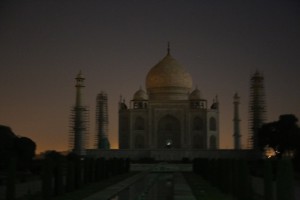 the rest of the photos will be added when I get a minute. At the moment I have to pack….