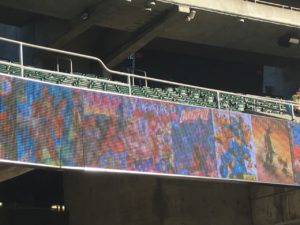 According to Ballpark (the MLB’s app) tonight was my 33rd game of the season. There are only two remaining home games, but since I am on a plane tomorrow attending Saturday’s and Sunday’s games is obviously out of the question. 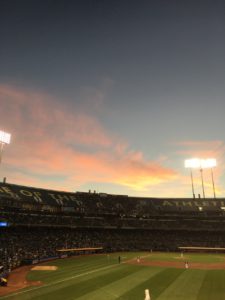 Graveman did well through five innings, then appeared tired. Does the coach swap out pitchers? Nah, let the pitcher get exhausted and give up a home run with two on. Then pull the pitcher leaving the As at that point with ~ 5 hits and no runs and the Rangers with three hits and three runs….. the final score was 4:0. We (Section 149 – RF Bleachers) were not amused. Alex and I headed for upstairs Section 204 so we wouldn’t have to deal with as long a distance to the BART afterwards. Most headed to the playing field 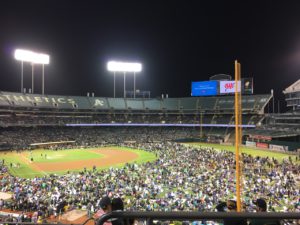 The fireworks were excellent. Unlike StarWars night earlier in the year – there weren’t any CosPlays parading the field. The fun came from the Fan Cam catching all the small one’s dressed up with their masks and capes totally thrilled to see themselves on the big screen. 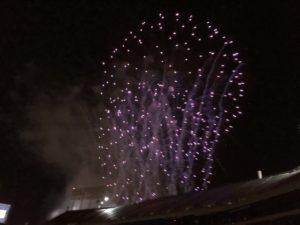 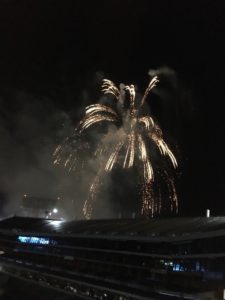 It was late by the time we arrived home.