George and I made a stop at the Berkeley Bowl this morning to pick up fresh veg and a few missing ingredients for tomorrow. They also have a most excellent bulk food section, so that is worth a stop. I was able to pick up vegetarian chicken soup stock, vegetarian chili, and sweet corn chowder in bulk. Not the liquids, as you might have figured out, but the powdered stock with all the flavorings. Shana had wanted raw peanuts, George needed granola and I found some wonderful dark chocolate covered coffee beans for my treat.

But where I was going with this whole discussion was soup. The Bowl, as it is locally called, has great fresh produce. They also cull it frequently and place the “so ripe you have to be used today” items in bags for .99 a pop. I looked at this cornucopia of goodness. I thought soup. Three minutes later I had leeks, a bag of heirloom tomatoes, some great looking peppers, and a final bag which contained a huge bunch of cilantro, a bunch of parsley and a dozen small Italian cherry tomatoes. Total? Under $4.00.

Adding in some cumin and paprika, I now have this simmering in the hot pot. 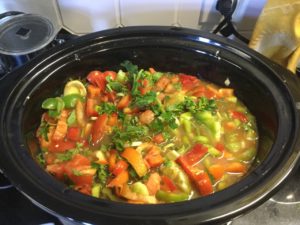 Which turned into supper – 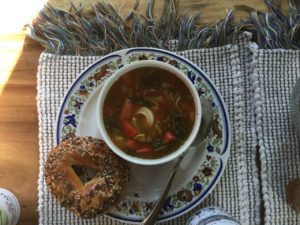 and using up the last bagel 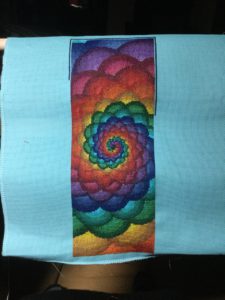 After looking at the other Fractals – which all measure 75×200 stitches – I decided to go ahead and start the second one I promised to the Eldest last year. It is on 11 Count (easier for tired eyes to see) and is 44×132 stitches. Just in case the implication isn’t clear – the first would be a total of 15,000 stitches. The chosen alternative is 5808 … 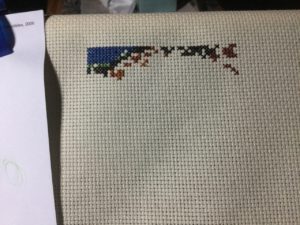 now I just have to go track down all 85 colors… 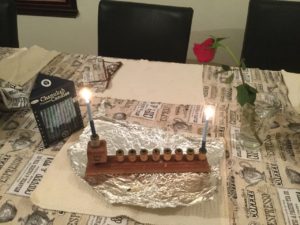