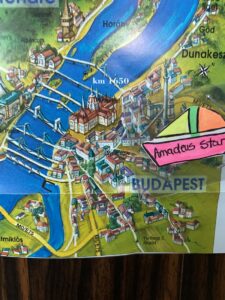 According to our guide (and so worthless that almost half the group walked away from his tour on top of the Buda side of the river, electing to walk back rather than listen to drivel and ride a bus) there are seven bridges – each a different color. Now – I distinctly remember the Green Bridge – being both older and obviously a distinct color. The white bridge, the chain bridge… ok – but accounts for only three bridges – at least a couple more that I saw are basically your grey cement auto bridges. Not impressed here…

Anyway – a short walk back in history – mine, not the city of Budapest – if you want that – I can recommend Wiki or the National Hungarian Museum Site. The first time I was here was 1995, and then  April of 1998. Our convoy skirted Budapest on our way to Taszar as an intermediate stop. We were there long enough for me to have a trip to Budapest inflicted on me by the Chaplains. Allegedly it was to attend a Seder with the Jewish Community. In reality – it was a frolic and detour for the Christian crew, taking advantage of a loop hole to get in a bit of sight seeing. (a bit of the quote from that post can be found here  along with some knitting. The full discussion is here under 11 April. And don’t tell me that there aren’t any pictures I already know that. They didn’t transfer when I changed servers in 2015…

The next time I was in Budapest was in 2009, attending ISTM 11. (links about here) followed by George’s and my cruise in the Danube in 2013 – (and again – no pictures from then either – so you are just going to have to enjoy the following: 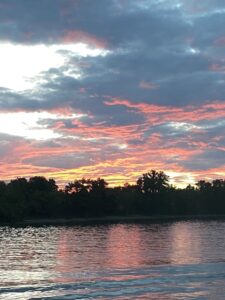 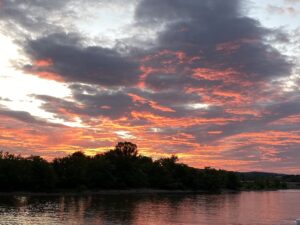 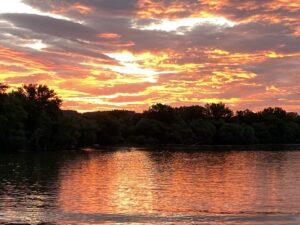 There are bridges – both in daylight and at night 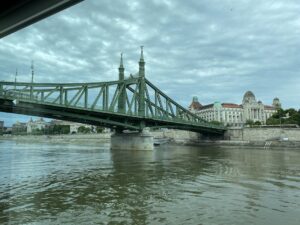 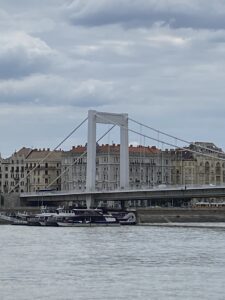 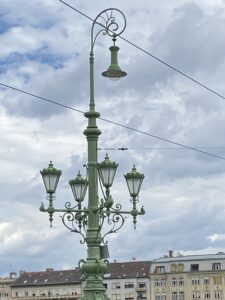 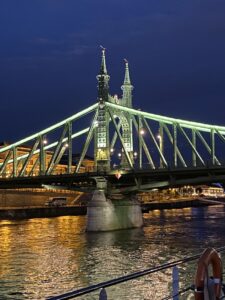 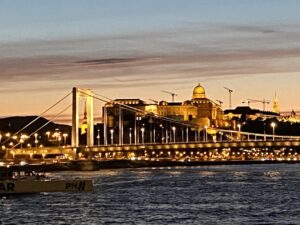 Statues on the Mountainside 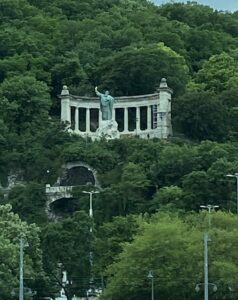 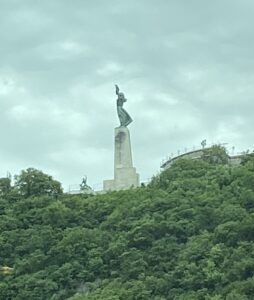 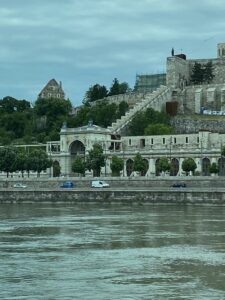 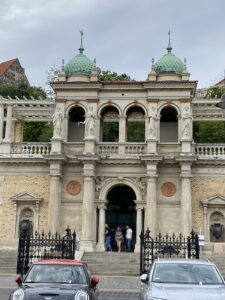 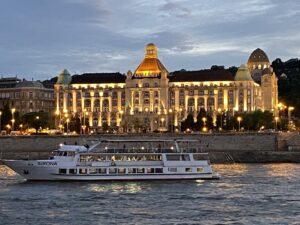 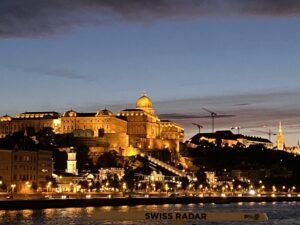 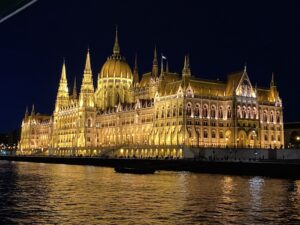 I did mention that I hiked back to the ship? Down a lovely and quiet path to the river, 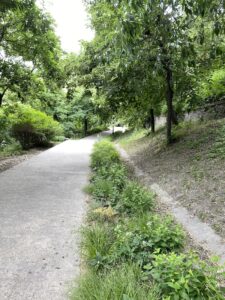 then across the above mentioned Green Bridge with a top at the main Markthalle (where I lasted less than five minutes – packed with people and NO ONE wearing a mask). I mention the last because one of the Atlanta group has now tested + and will be spending probably the rest of the cruise on room lockdown….

I haven’t spent the last couple of years being careful to be all that compassionate about someone who just didn’t wear his mask regularly (and not carefully when he bothered.)

We are skipping the bus trip to Pecs tomorrow. Admittedly I haven’t been there since 1998, but no interest in a bus ride at this point. Instead, I get a relaxing morning on the ship.