and it seems to be bothering a few people. Enough that the ship doesn’t seem as crowded as perhaps it might be. We are sailing east – across the Tasman which has a reputation for some of the rougher seas going.

I don’t think that you really want photos of people staggering around the ship looking like drunks even when they are sober.  The waves have been running about 6-7 meters with the occasional whump and clunk just to make those cruisers unfamiliar with the phenomena look around with anxiety.

So instead I will provide you a few photos of Sydney Harbor, first early in the day when we were all coping with the more than the occasional bit of rain. 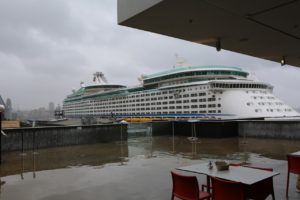 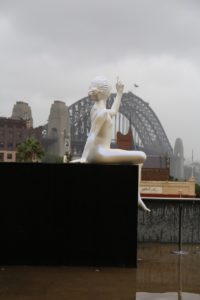 Statue with Bridge in the background 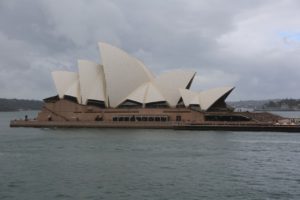 and the mandatory pix of the Opera House

And then as we sailed out. It was just after dark and there were lights on just about all the buildings. 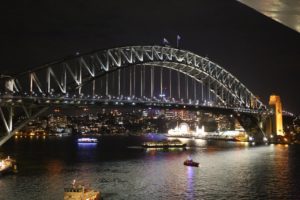 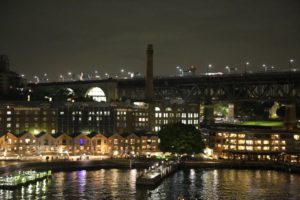 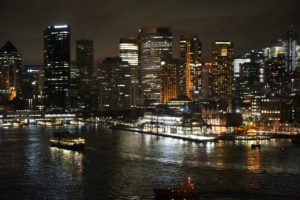 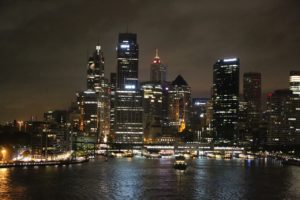 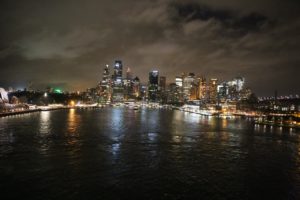 The Opera House actually looks a bit better when you can’t see the wear and tear on the concrete… and the Bridge doesn’t have climbers all over the place.  (and you are stuck with larger than thumbnail….) 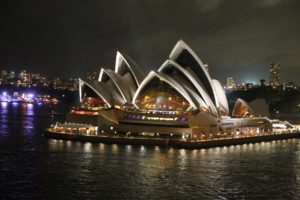 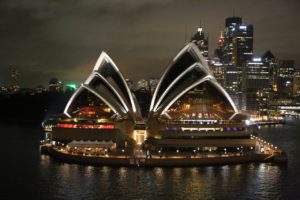 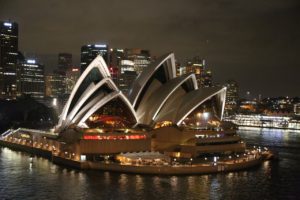 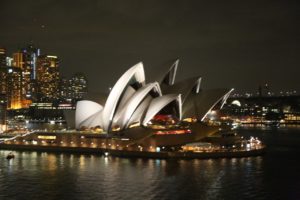 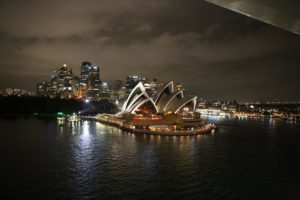 as per usual – photos were taken with a Canon 5D and either the f4 24-70mm lens or the 75-300mm lens. The ship was vibrating a bit and hand held is always a bit of a challenge….