Flying from San Francisco to Houston involves time spent over vast stretches of arid landscape. (Think part of California followed by New Mexico, Arizona and vast portions of Texas). Only the occasional light dusting of snow which serves to emphasize the eons of rock layers visible in the raw edges of cliffs. 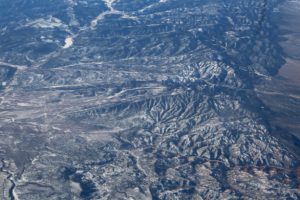 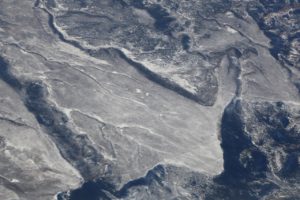 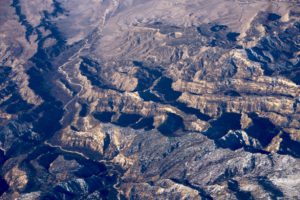 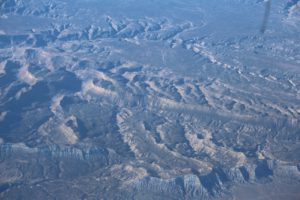 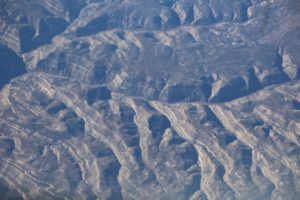 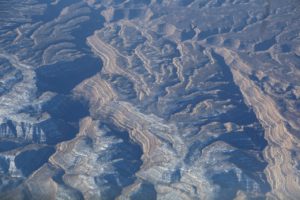 Water courses are rare, etched deeply onto the earth without visible green clinging to their banks. From mountains and cliffs we flew on to high desert reddish tinged from the presence of iron oxides. 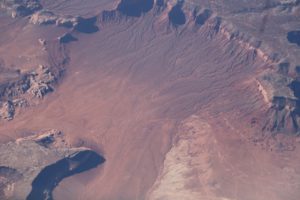 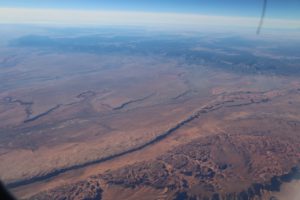 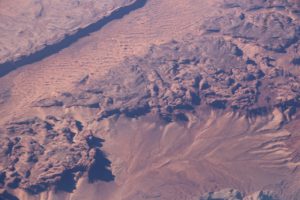 Since I had failed to download United’s InFlight app, watching our progress on a map wasn’t an option. The best I can do is estimate from time & camera our route. I could see old creek beds snaking their way empty and almost no signs of human habitation.

As we traveled further, there was water. 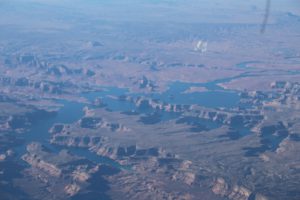 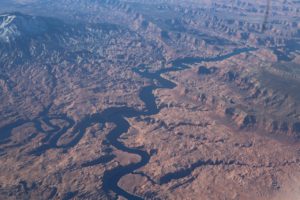 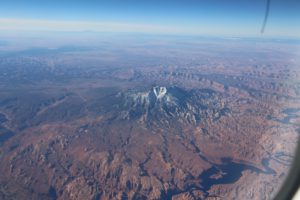 The contours of the land don’t always make sense. Perhaps it is my lack of training in geology? But then, man made might account for some. The rest? Mostly sharp contrasts between the zones. 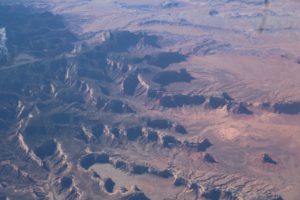 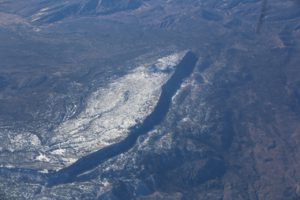 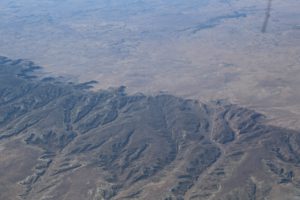 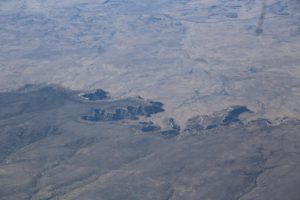 (15+ minute break for turbulence. I was facing West looking at desert. The mountain ranges out the port-side might have contributed to the rough ride. )

It was almost two hours into the flight before i saw my first tinges of green and what possibly was my first sight of multiple dwellings. 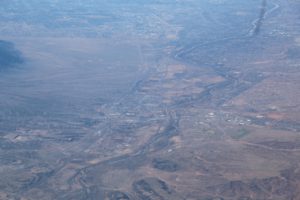 That too passed to be replaced by an area of crop circles & a WTF pit with turquoise reflection that rapidly faded behind me. 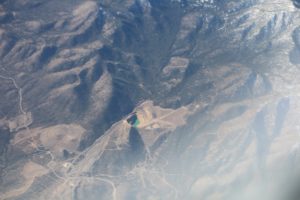 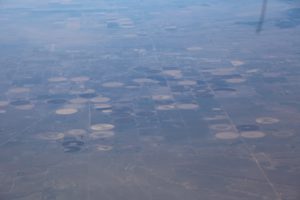 Roads so straight they could have been drawn with a ruler contrast to tracks too narrow to allow 2 way travel following the contours of the land. 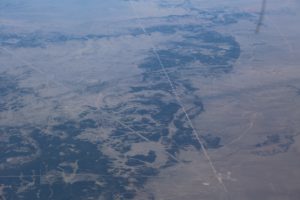 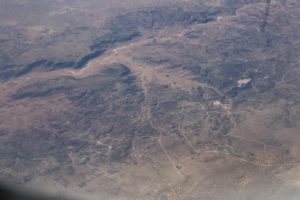 And then there just might what you can do if you have money; assuming a node of civilization not visible to me off the other side of the plane. 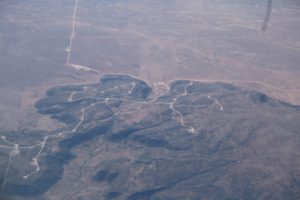 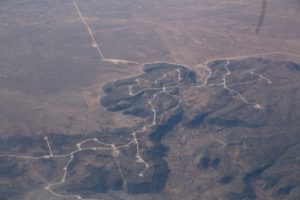 Then the turbulence completely ceased by 1000 which would have been wonderful had it not been accompanied by a thick layer of clouds putting an end to my fun with photography except for the occasional glimpses of land rapidly becoming agricultural throughly salted with human habitation. 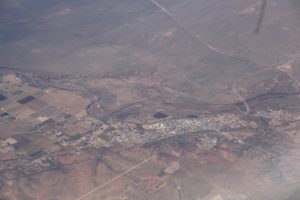 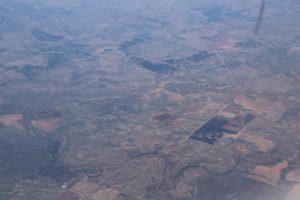 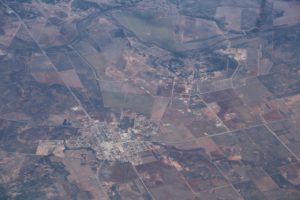 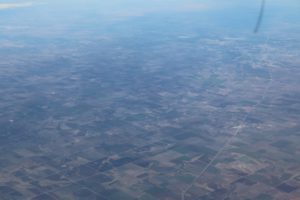 As I wrote the above, we passed back into smooth, cloud free airspace with fields stretching off to the horizon, for all of five minutes. Between musings I am reading Midnight in Siberia by David Greene and receiving teasers that tell me I have incoming gmail without actually being able to open or read it. 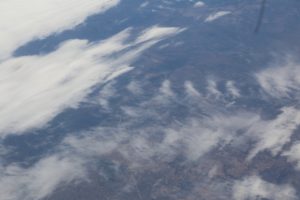 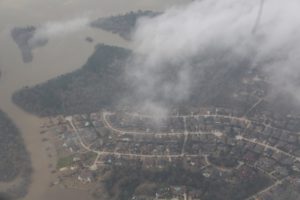 We land ahead of schedule in Houston.