Of the baseball season saw me hauling George to the Oakland Coliseum. Unlike mid-season games, the stands were packed, The good thing about not playing those guys from across the bay is that we didn’t have unhappy campers in the middle of the cheering section.

But first – I have to mention that George tried all last year to get pictures of the hummingbirds in our yard. I don’t have an iPhone 7, but these were all taken just sitting there with my iPhone 6. 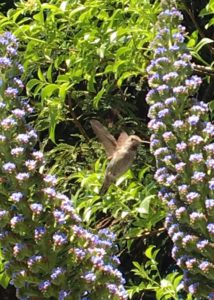 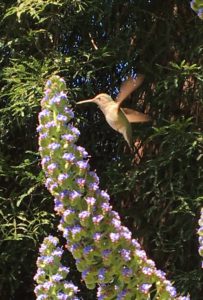 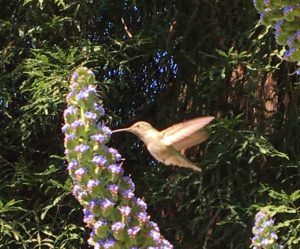 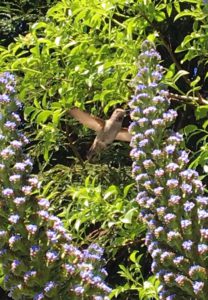 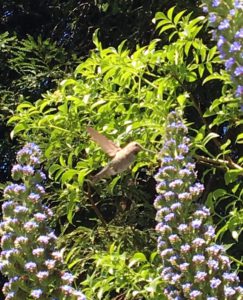 Before the game, there was the 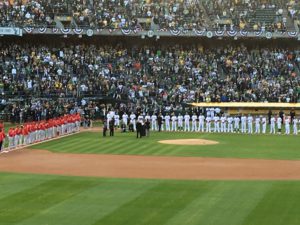 Dedication of the Rickey Henderson Field

The Oakland kid made good and one of the best all time baseball players in history. He was present, modest and really cool (hey, you have to wear sunglasses..

I mentioned that there are two huge sections of regular noise making fans; namely the right and left field bleachers. Tonights group was augmented by two drums, four cowbells, a tambourine, a pair of whistles, a “horn” and a great new addition – 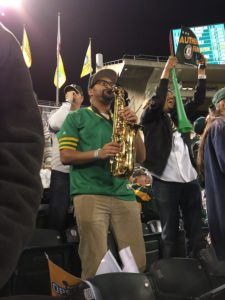 who did the most amazing job

of creating melodies and rhythms on the fly. We hope he comes back. Beats the banjo player in left field hands down….