The reason I learned about him today, much less of his existence was courtesy of 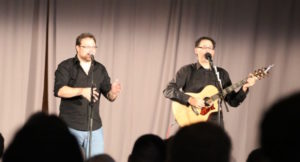 Food science is important. And McDonalds is not the originator of the chicken nugget…

The duo is known for their spoofs in the SciFi fan world, skewering George RR has lead to a couple hilarious songs (one on on YouTube and the other here which is a take off on American Pie. Hey, all of you are old enough to remember singing Don Mclean’s

Of course, if you have absolutely no clue about Game of Thrones, you probably won’t get most of the references..

Other than picking up and wearing my new hat (picture tomorrow) I was able to get to a panel, a literary beer and otherwise wander around since it turned out that most people had picked up their badges yesterday (or more likely are waiting for the weekend). 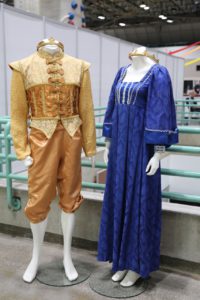 and went to give 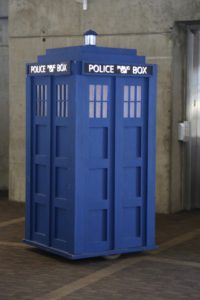 and the wandering Tardis

a bit of a hand calling the elevator since it doesn’t exactly have a free hand, now does it?