When I boarded the Explorer of the Seas last fall in Southampton a number of my fellow passengers were staying all the way through to Sydney; 56 days underway and a lot of ports later. A steady sailing speed from the engines, a chance to be a tourist along the way. Comfortable cabins, pleasant companions and one the highest risks of the journey would be eating or drinking too much.

Compare that to the first immigrants to Australia -100 days of sailing in a cabin if you were self-pay and had the money, steerage if you were government sponsored in the 1830s-40s. 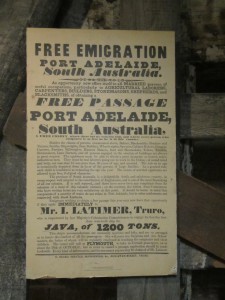 Open seas, dependent on wind not engine with a significant risk of disease, boredom and issues with your fellow passengers. 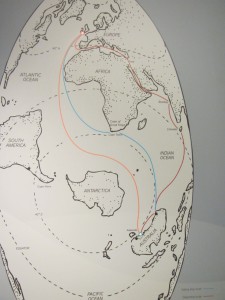 Even after the Suez opened and cut days off the trip the best one could hope for would be 65 days. Port stops would only be for re-supply and not for education or entertainment. Over a quarter million traveled to South Australia alone;

I enjoy Maritime Museums with the stories they tell about fishing, shipping, exploring and immigration. At best they are sanitized versions of the reality; at worst they leave a completely false impressions. But then I don’t think school classes which are one of the main groups of weekday visitors to most such places would appreciate the dark, the dank and certainly not the actual smells of a realistic portrayal.

What the Port Adelaide/South Australian Maritime Museum didn’t cover was anything close to modern times except for a detour into Australian Naval history. It did cover a small bit on the early explorers,their tendency to kill, mount and bring home crates of samples, and the issues between the English, the Dutch and the French in their attempt to place their own unique spin on discovery. 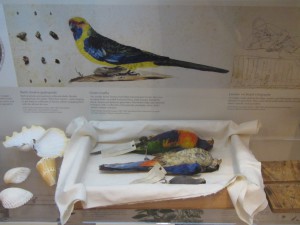 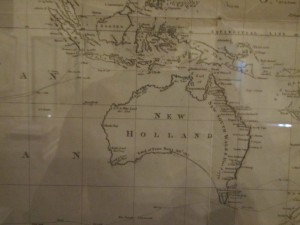 It could have had a completely different history

The other visit was to Tandanya – the Aboriginal Cultural Museum. The current exhibit is Boo – yes, the stories of the monsters and scary dreams. Interesting, but I just didn’t get it.