Let’s see – where am I? At sea on the NCL Jewel. Monday you read my whine about the cost of medications. Meanwhile, yesterday except for going to the Cruise Critic meeting, I spent most of my day in the cabin.

My attempt to fill in missing colors on the Fractured Clocks was singularly unsuccessful. My little LED light is hand held and while it helps, it certainly doesn’t cover enough space for me to want to take a chance on putting in the wrong color (which I did once already secondary to the wrong thread list.  So I settled for continuing on with black and dark navy because they were easy to count.  And all together accomplished less than 200 total stitches. Go figure.

But the highlight of the day was the behind the scenes tour. I won’t provide you pix of things like galleys and backstage, been there before.

But we went to the Laundry!

Its a location not on your normal ship’s tours. After all – who would be interested in 125kg load washing machines or 86 kg load dryers. Or larger. Steam presses in both flat and whole garment shape and operating around the clock. Folding machines – more than 1000 towels a day – or table cloth after table cloth into infinity. 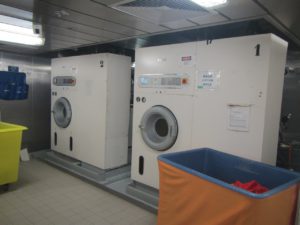 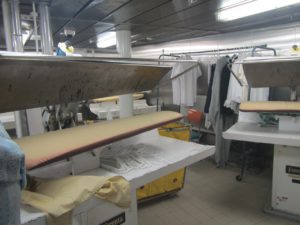 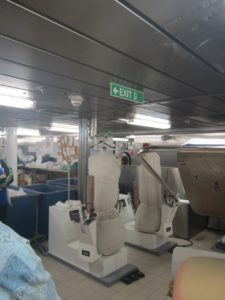 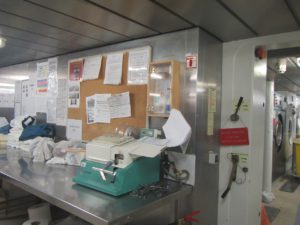 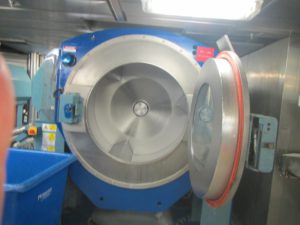 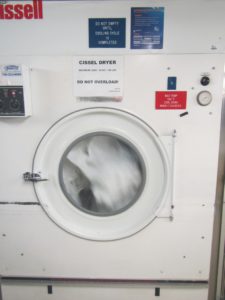 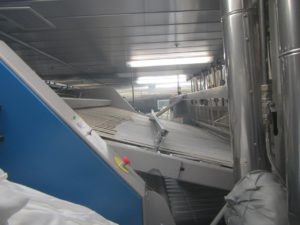 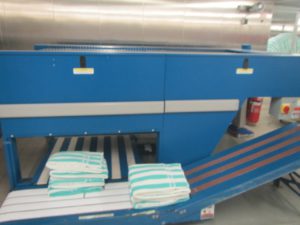