It seems I have been here before, the most recent being Feb 2012). The Eldest was along, the ship was the NCL Jade. I did two loops on her out of Barcelona at the time. There may have been a stop here in 2007 when I did my first transAtlantic (Nov) which was on the MSC Sinphonia (looked that up as well). No, my memory is not that good, it is just the advantage of having run an online blog since 2007 (and an email list since 1998). My photos didn’t transfer when I changed servers in ~2015/6 since the German site had to be paid by bank transfer (which I was no longer going to have). I still have all those photos, and should get around to uploading them.

But anyway, that time we took  a ship’s tour (complete with camels) up to the top of the most recent volcano (~1730) 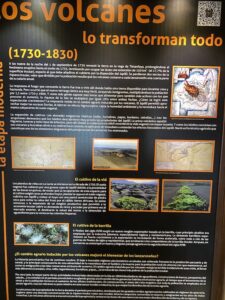 the extent of the volcano

in the Canaries prior to last months eruption at La Palma. You could still feel the heat walking across the ground, rising from bore holes. For a certain price, you could have your meal cooked on a grill lowered less than 10 meters down a shaft. I skipped all of that but was still impressed. We saw field after field of lava stone, vineyards growing in slightly dished impressions in the ground. I really didn’t see anything of Accerrife (the main city) at that time.

It is the most northern of the Canary Islands, belonging to Spain. Follow the link to Wiki if you are interested.

Rather than being near the city, we docked a few km out. Unlike some of the mid-range cruise lines, Windstar provided a shuttle bus into town. Our intention was to ride in and then walk back. That turned out to not be possible as the last 1.5 km before the port was along side a major road and completely lacked sidewalk or safe shoulder outside the barriers. There are no stop lights, but a system of interlocking traffic circles. Enough said on that!

The plan was simply to walk – which we did past stores (hello? junk and flamingos…) 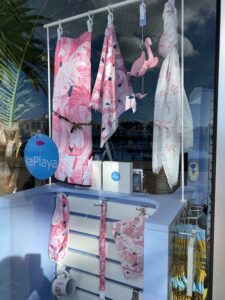 past a small inner area featuring 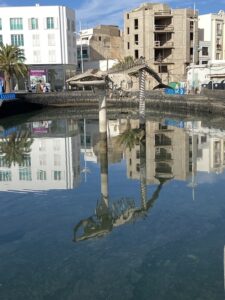 and out along the causeway to a fort which dates from the first days of the islands inhabitation. 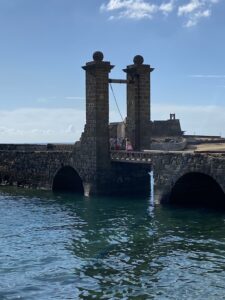 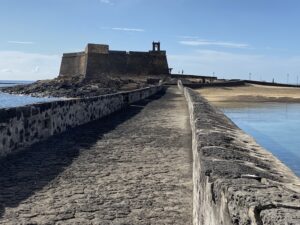 the inside of the fort is a simple but lovely museum (and I really wish that my Spanish existed).  But there were sections devoted to the history of the island, the produce (fish, dyes, aloe) as well as the Spanish and pirates… 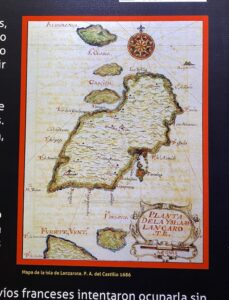 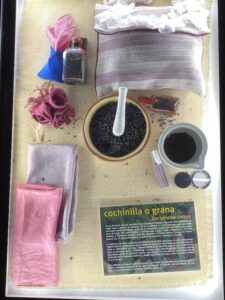 From there we walked through the main pedestrian zone, stopped into a shop or two (I really should have purchased chocolate). And enjoyed the sunshine before wandering back to the shuttle bus and the ship.

and a lovely day