Apparently the word traveled through the British group on board that I had gifted one of the members with a hat. Today it was Tony informing me that he really needed a hat. Without having much hair anymore, his head was going to get cold.

Now, I have known Tony and his wife Jackie for about three years, first becoming acquainted on the Independence of the Seas in Nov of 2012. And Tony doesn’t exactly have a whole head of hair anymore, being a few years older than me.

So I took this hat 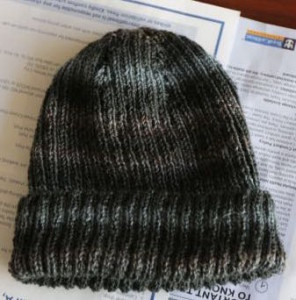 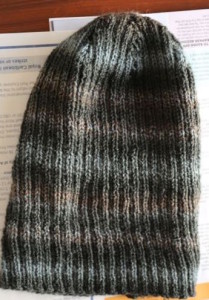 (which happens to look exactly like the one which landed on Egbert’s head and the one currently on the needles) and handed it to him this morning.