We sailed in to the Gibraltar harbor just before 0800 this morning. It is a planned short day (departures scheduedl for 1300 as it is a fair distance to the Canary Islands). 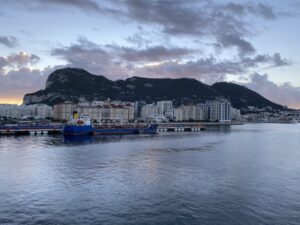 Gibraltar is very, very English. There are numerous named buildings and evidence of its military heritage every where. 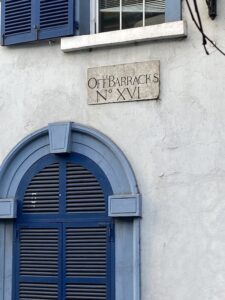 The fortifications are still present, canons (non-functional) abound. There is a Marks & Spencer  (which no longer carries notions) but it does have  Scottish shortbread  and a variety of teas in its small gift ares. The  the yarn shop I found years ago has vanished. Adverts abound for Fish & Chips and the prices are all in Pounds Sterling (Euros accepted but you don’t want the exchange rate).

We walked the length of the pedestrian zone, stopping at Trafalgar Cemetery (members of Nelson’s crew are interned here, but his body was returned to England). 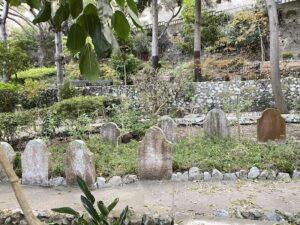 but only two have small indications of who is buried there. The rest, being limestone have long since errored. Further down is the gondola station – by which you can take the car up to the top of “the rock.” The last time I was here,  I hiked up, avoiding the monkeys (excuse me, Barbary apes) to see some amazing views. (If you want to see pictures – the largest number are here – from a visit in 2015. 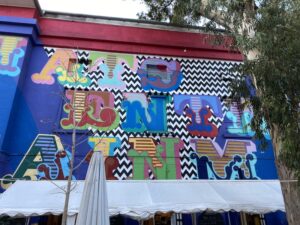 was finished in 2017 by a London artist by the name of Ben Fine who apparently does a lot of street “sign” painting.

We also passed what appeared to be a huge, consolidated school, an amazing amount of new construction (why it surprises me that new buildings and apartment complexes have proliferated I don’t know. The land is limited, so building up is the only option.)

There were also dozens of dogs out for a stroll with their owners following along at the other end of the lead. As an acknowledgment of how common… 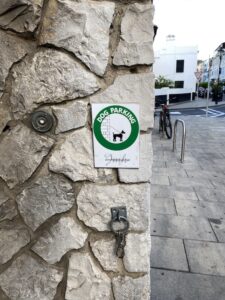 We were back on the ship in time for lunch and to watch the sail out from the harbor and passage through the straits. 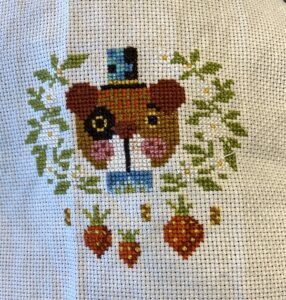 This is the second of four seasonal animals by Barbara Ana. They were freebies from the Nitka.ru site to go along with the full Four Seasons Kit (not yet started).