I am deriving this from the old English headline (1930’s?) which declared – Fog rolls in – Continent cut Off…. 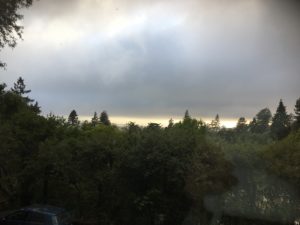 from the living room 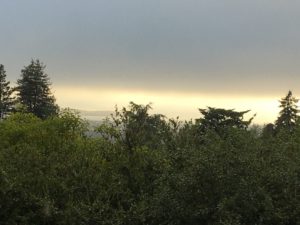 I can barely see the Berkeley marina and parkland which stretches out a short way into the bay.

The traffic report this morning, and yes, public radio reports on traffic on Saturday as well, noted the Golden Gate full of fog, and high winds on the Bay Bridge. Also, at different locations – old furniture in the road, a bicycle in the road, and a multi-car fender bender. The road construction slow downs make complete sense. CalTrans is very sensibly using their budget early in the year to make critical road repairs and upgrades while traffic is at a minimum.

So, I am still hanging out at home while attending various webinars, conferences and social get togethers. Over Zoom for the most part with the occasional drift into GoToMeeting.