I could sew them, it is simply not that hard a task. But on the list of things that I want to do, it falls above cleaning and way below stitching and reading. So, I it seems I have been collecting them over the last couple of years.

In reality, I had absolutely no idea how many I had. Admittedly, I was haunting the Etsy shop of the 801 Stitcher, CrabShackStitchery, and maybe one or two others – (as well as getting a monthly set from Garon Stitchery (none of those names mean anything to you, but that is fine – you get the idea).

This morning I decided that it was time that I sorted out a few patterns. The decision wasn’t easy – there are a couple of bins that are a total mess. What I don’t want to do is buy the same pattern twice and I am now past the point where I really want paper patterns unless there is absolutely no choice. Keeping hardcopy patterns in project bags might have made sense at one time but I can’t see them….

where, once I start pulling them out…. 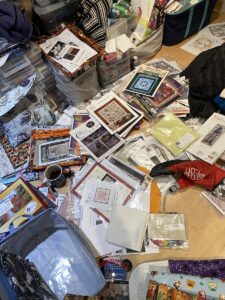 it starts to look overwhelming.

After sorting by designer, except for the cats and quakers, and Halloween – 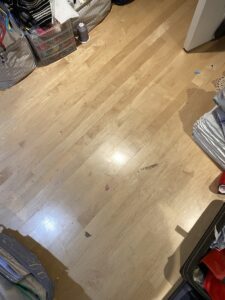 I was able to tuck those see through zipper bags (sourced from amazon, not real people) I was able to uncover the floor again.

And I found this – 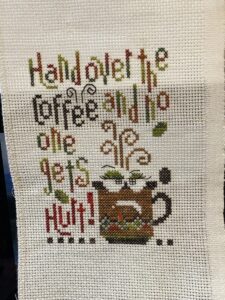 which says it all