Probably aren’t necessary – I could cut floss with just about any sharp tool. But they are definitely an indulgence. Unlike kitchen shears which can cut just about anything successfully (not discussing poultry shears here) or fabric scissors which also come in a great variety with different material targets – embroidery scissors need only have relatively sharp edges and a pointed end.

Usually small, I have discovered that there is a huge variety of scissors ranging from the cheap to the incredibly and indulgently expensive. Now, I like shiny as well as the next person – but give me a choice between half a dozen to a dozen pairs or one pair costing more than 100$US and I am going opt for the variety.

Instead I go for the cute pairs – 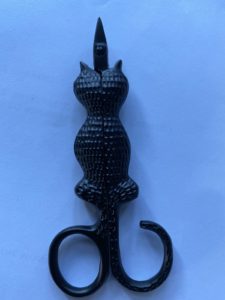 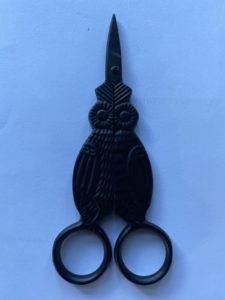 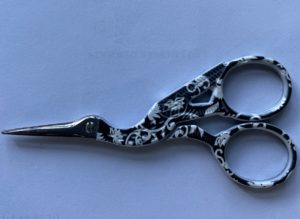 or a fancy version of the traditional stork

These were just the three that came quickly to hand. I have a few more…