It is only about 40km from Abisko to the Norwegian border and some kilometers from there to Narvik which is the closest reasonable size Norwegian city. Primarily an industrial town where iron ore is moved from rail cars to ships, fishing, and equipment sales/repair are key. Tourism isn’t all that big a deal here. Like the majority of western Norwegian towns, especially those north of the arctic circle, Narvik is on a Fjord….

So anyway – we left around sunrise (i.e. before 1000) and returned after sunset (1500) which means that there are not all that many hours of daylight. 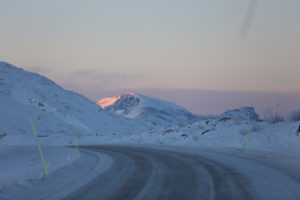 Our first stop along the way? More reindeer inside a corral covered in frost. This herd was mostly yearlings. 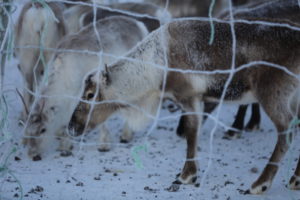 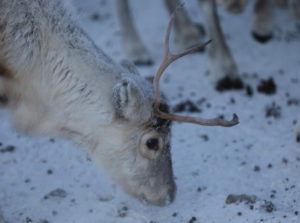 and otherwise just watching out the window 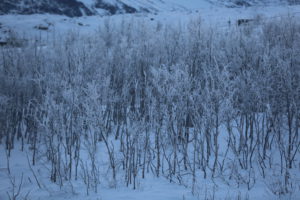 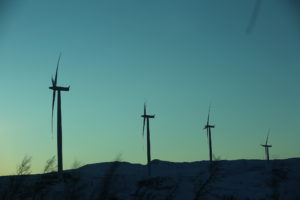 with the contrast between

once past the border we also happened to be over the ridge and headed toward the Fjords. One has to remember that this means the Atlantic Ocean, salt water and open water. It also was significantly warmer than Abisko (like 25*C warmer although it was still below freezing….) 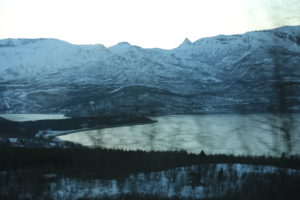 looking at the Fjord

or flats with the tide going out 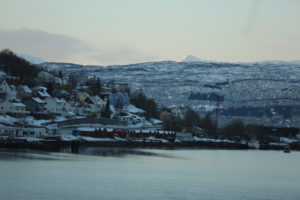 or houses along the edges of the bay

then there are some of my favorite things – bridges –

new bridge because it is important to save 20km drive

of course, although you might not agree – we decided that this particular mountain looked 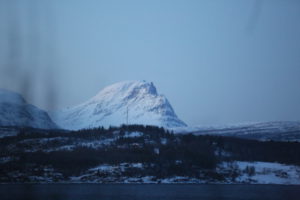