Who laid out these streets anyway? Alex misses the Chicago street grid where things were sensible and you could tell just by the address how to get there. Minneapolis, where I lived for several years had a grid with sensible street names. So clear in fact that you could look at the names, know your alphabet and understand your direction of travel. Heck, even Washington DC with the otherwise mess that it is? There is a grid with a few diagonal streets cutting through.

So why does 16th Street cut across both 7th Street and 4th Street? Now the main portion of SF has a reasonable gird mostly filled with names, rather than numbers. The numbered avenues run north-south and increase as you travel west to the Pacific Coast.

In any case, Alex and I arrived at his appointment early. He was seen early and we were back on the road by 1400 just in time to face the ugly traffic on both the Bay Bridge and I-80 East (which travels north, BTW). He is home, safe & sound with everything being fine on his check up.

I headed home, more than glad to be off the road and back to stitching.

Mako scored big on her evening walk – another one’s trash is her treasure. 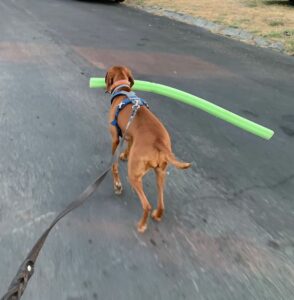 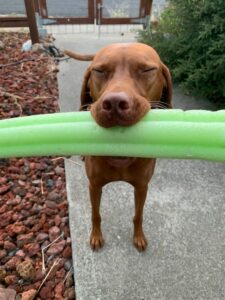 she just looks so pleased.

Meanwhile – I finished the werewolf – Supernatural SAL by the WitchyStitcher 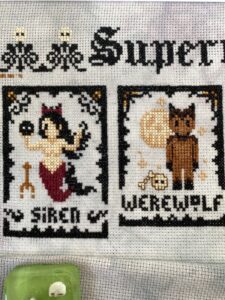 and made progress on The Bear – Cottage Garden Samplings 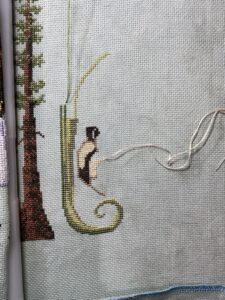 unlike the previous patterns – he is all curves rather than geometric diamonds.