Picking up where I left off yesterday, this is the official first full day of the conference. As professional organizations go, it isn’t all that large. Even with membership from 120 countries, the vast majority still belong to the major four English Speaking (UK, US, Canada, Australia) which makes sense in terms of the founder group and the original focus on medical care for tourists.

The first plenary session addressed the issues of migration from the EU perspective. From the US side of the Atlantic, we read about immigration from Afghanistan, Iraq, Syria but don’t always have a good idea of the actual impact on the towns, cities, villages and countries that are the receiving side. It is startling to realize that there are now countries where 1:4 or 1:7 total population is refugees. Few, if any countries are stable enough or wealthy enough to absorb that kind of population increase. From the medical side, infectious diseases aren’t really the issue; it is trauma along the way and chronic disease that put a significant burden on the receiving country.

I spent a fair amount of the rest of the day listening to vaccine updates or conversing with various other members of the Responsible Travel group.  I also ran into an old French Military Colleague and may just have gotten suckered into working on the establishment of a new interest group.

Taking the tram back was easy but used up the last of the change in my pocket…. 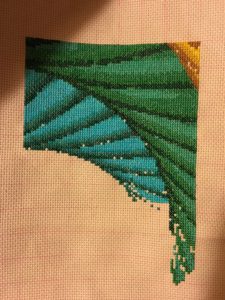