A friend assures me is a lovely town, well worth a visit in non-Covid times. There is a Shakespeare Festival, historic inns. It might be lovely, it might be industrial, I have no clue. When arriving off I-5 around 1900 in the evening it was impossible to tell. Most certainly it is not a town that is spending significant resources on street lighting. Located 16 miles north of the California border, the sign for Ashland was a welcome sight.

The sun is setting earlier and I do not enjoy driving in the dark. Not in the dark, not up and down hills (mountains?), nor around curves. We will not speak of the fact that more than 50% of the vehicles sharing the road with me had twelve wheels or more. They sail down hills before gradually slowing as they grind their way up the next. Their head lights provide an unwanted glare in my rear view mirrors. The few other cars dart past, between the trucks sometimes managing a speed only marginally faster than required for overtaking.

This kind of excitement and stress do not bring me joy. I really, really no longer enjoy driving at night and have decided that I will not blow this particular popsicle stand prior to decent light in the morning.

In case you are wondering, I am currently headed to Portland. There is a knitting friend there who is also a weaver. He is a brother to a much longer known friend, indie.dyer and yarn shop owner in the San Juans. I have “toys” that have been occupying space in my life, our garage prior to our most recent move to Germany if that gives you an idea on the age. I am never going to use them again. Selling them is just too much of a pain. So why not give them to an engineer? Neither he nor his son have a clue as to what fills the back of our  VW Golf. But I was reassured that there was plenty of space in his great room.

Just to entertain myself – I went looking for rafting in the Colorado Springs area.

Hello! The Arkansas River is just up the road and there are more than a few rafting companies out of Canon City. Did I want to do Class IV & V rapids? I don’t think so. Class II to III are much more to my liking. Plus there is always the chance (extremely high as it turns out) of being in a raft with a load of people having their first experience on a river.  Class II & III are one thing – higher difficulty rapids increases my chance of taking an unwanted swim…

So I emailed off to several firms and Raft Masters replied – so that is where I booked. Canon City isn’t that far and turned out to be not difficult at all to find. In the morning I took a ride on the Royal Gorge Railway.

We started at the Station –

one of the original engines

and headed up the Gorge. I thought that I could see something from the Dome Car. Turned out that really was the location for food and it wasn’t like I was looking to eat. Instead – I did the entire 12 miles out and 12 back in the open air car. 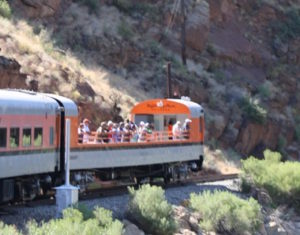 heading out of the station

seeing the first batch of rafters

There are a number of raft companies on the Arkansas River as you can see.

After lunch, we headed out to the Big Horn Sheep Canyon. There were six of us – a couple from outside Austin, a family of three from Austin (just random assignments – go figure) and me. I was the only one of us six who had rafted before. Our guide was a Noah in his third year of guiding.

lots of rafts at the put in point

and I gave up trying to get photos while paddling

Funny thing – I was tired when I returned to Ft Carson 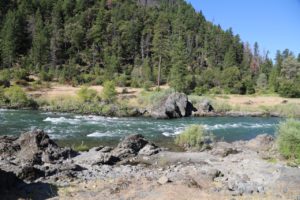 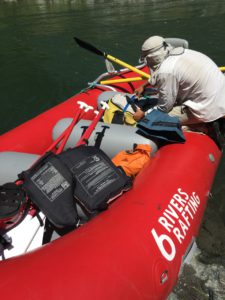 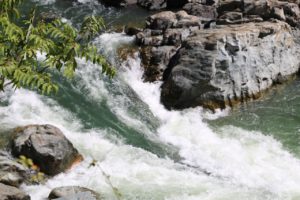 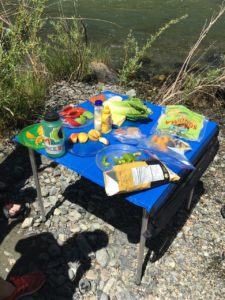 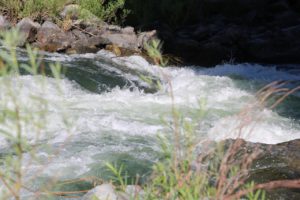 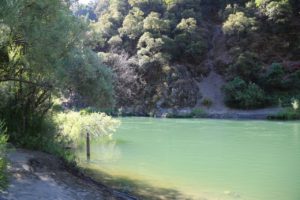 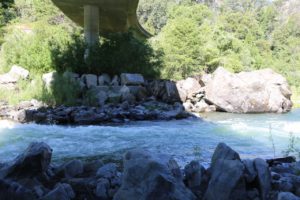