Since, as I keep whining, we are not cruising the Pacific for our 42nd Anniversay,  an alternative was needed. A safe alternative, one which did not involve burning grasslands, torching trees, or billowing clouds of smoke.

I also nixed the idea of trains, buses, or planes. Since I am the one driving, I also did not want to spend a huge portion of my day behind the wheel. Hence, Bodega Bay. Located in Sonoma County, it borders directly on the Pacific.  At least for the moment,  it is south and west of all the fires. The fog is dense, providing a protective layer from the smoke traveling on the high winds.

Yesterday, when we arrived we walked along Doran Beach. Absent of just about everyone I kept imaging the size of the creature who could have discarded this on his hike along the beach. 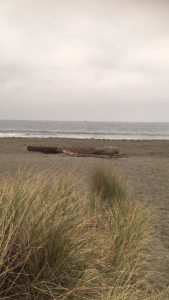 Today we wandered into and through town out to the head where, munching on the succulents, we found the usual suspects. 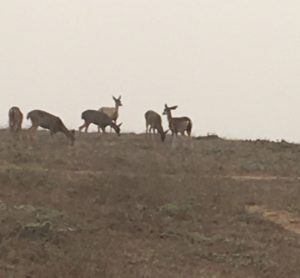 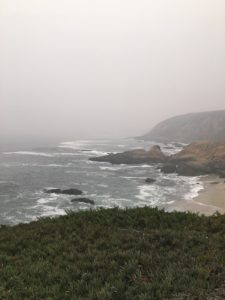 with the tide on the way in

and just to prove that I exist – (note, George’s phone pix, unedited, and, I suspect uncleaned lens) 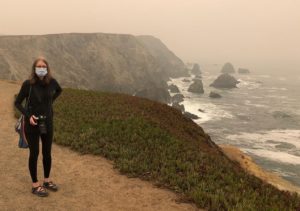 We picked up take-away from a lovely place which specialized in locally caught fish. George had their Fish & Chips while I went for the fish tacos.

We spent a quiet evening. I had finished all the Zoom stuff earlier while he was on board calls and just caught the end of the As afternoon game.

We head home in the morning.