I had extremely mixed feelings about this visit – which should not have been a surprise to me or anyone else for that matter. Like most, but not all of the other cities along the Danube – the river ship dock is essentially downtown. Serbia did no worse, or perhaps a bit better under Tito than the other five countries that were forcibly jammed together to create Yugoslavia. Certainly the forced moves, intermarriages, and draconian policies kept the lid on much of the problems and resentments as long as he was alive.

But unfortunately, my thoughts of Serbia are strongly influenced by the ethnic cleansing committed by the Serbs post breakup that went (to me) far beyond the atrocities committed by the other ethic groups (Srebrenica and Kosovo come to mind. I think when you are personally involved – it hits harder. I had medic crews supporting the excavation of the mass graves in 1998. There were also the DutchBat soldiers who were told (Blue Helmets) that they could NOT interfere. Needless to say, those young men did not do well either. Weaponless and literally told to “sit down and shut up” by their chain of command – no matter what the Courts did later – the personal anguish doesn’t go away. 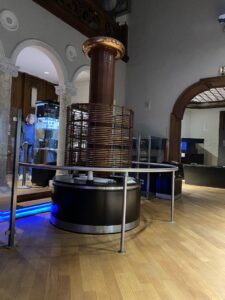 and a list of patents – most of which were Tesla’s 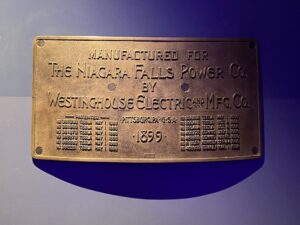 looking at the route – 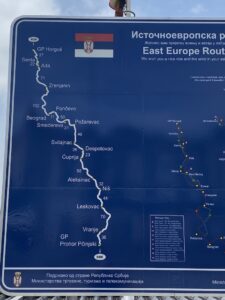 it is both where we have been and where is left to go.

Tomorrow is strictly on the river.