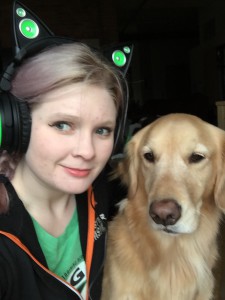 It was an extremely long day – last trip from Panoramastr 53 to the Berkeley Hills not made any easier by my continuous feeling that there were things left undone, people not seen before leaving.

Rather than deal with the train, we booked the Lufthansa shuttle to the airport. It wasn’t like we were traveling light. Having doubled checked the baggage allowance, we each could check three bags plus have two carryons. So we did. And had to get luggage carts in Frankfurt to safely move everything from the back of the bus to the check-in counter. The only comment I received at Passport Control was smile with a “leaving again so soon” as he flipped page after page trying to located this past Tuesday’s entrance stamp.

The plane was full. There were no medical emergencies on the flight so I was able to knit, read, listen to audio books/sleep. Given our arrival time (mid-afternoon) and the amount of luggage, this was rental car day. There was absolutely no way we were attempting to manage all of the luggage on BART.

The traffic frankly sucked. The stairs going up to the house from the driveway seemed to extend endlessly up the mountain. Dropping our luggage in the empty second bedroom – I think I might just have collapsed after unpacking just a few items. Certainly I have no clear memories other than being extremely, extremely tired.

fiber person - knitter, spinner, weaver who spent 33 years being a military officer to fund the above. And home. And family. Sewing and quilting projects are also in the stash. After living again in Heidelberg after retiring (finally) from the U.S. Army May 2011, we moved to the US ~ Dec 2015. Something about being over 65 and access to health care. It also might have had to do with finding a buyer for our house. Allegedly this will provide me a home base in the same country as our four adult children, all of whom I adore, so that I can drive them totally insane. Considerations of time to knit down the stash…(right, and if you believe that…) and spin and .... There is now actually enough time to do a bit of consulting, editing. Even more amazing - we have only one household again. As long as everyone understands that I still, 40 years into our marriage, don't do kitchens or bathrooms. For that matter, not being a golden retriever, I don't do slippers or newspapers either. I don’t miss either the military or full-time clinical practice. Limiting my public health/travel med/consulting and lecturing to “when I feel like it” has let me happily spend my pension cruising, stash enhancing (oops), arguing with the DH about where we are going to travel next and book buying. Life is good!
View all posts by Holly →
This entry was posted in Home, Travel. Bookmark the permalink.