There we were, Jill and I happily sitting in my cabin and working on our respective cross-stitches when a knock came at the door. Answering, it was a nice young man from room service who dropped off a tray with three sets of what looked like entrees, two sets of silverware, smiled and beat feet out the door before I could say a word or tip him.

???? I mean, we had been talking about going up to the Park Cafe for maybe soup or salad. I had pretty much just had fruit for breakfast so lunch definitely was in order. Admittedly, I had chatted with the Sous-chef the other day about mostly ordering from room service and inquiring about the availability of Indian since it isn’t on the normal menu (much less anything other than sweet potato fries and deserts being of vegetarian persuasion. )

Apparently my absence had been noted and both she and a couple of other staffers were worried I wasn’t eating properly. So here I had a lovely coconut milk based curry with pressed cheese, popadoms, nan, dahl, three condiments as sides, rice. Thank goodness Jill was around to help me eat since it was enough food for many. So much in fact that I called room service around 1700 to reassure them that I wouldn’t need supper. Obviously the cabin number shows up on the system – the manager on that name answers the phone with “what can we get you Miss Holly!”

From here on in, I am just going to be sensible. If I don’t put in an order they will bring me food and probably too much. So I will enjoy the nice upgraded cabin for the rest of the cruise, room service for 1-2 meals a day and all the lattes I can drink in the lounge. 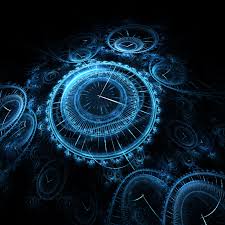 and is the project I just started. Tried working on black and gave it up as stupid, switching to navy as a better option…