It is almost, but not quite like the song – it is a long day’s journey – but into more day rather than night.

We checked in easily enough, figured out that we needed to hike upstairs to the Z concourse, passport control out of the EU and find me coffee…

Which obviously was the most important point of the morning..right? Anyway, boarding the plane was more than a bit of chaos, apparently verifying everyone had a negative test at check-in wasn’t enough. There were a couple of poor abused staff doing the same thing at the gate. Surviving the boarding process, we managed to get on the plane early and clamber up again to the top deck. 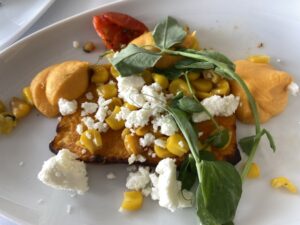 lunch was pretty, and I promptly took a nap for the first portion of the flight. 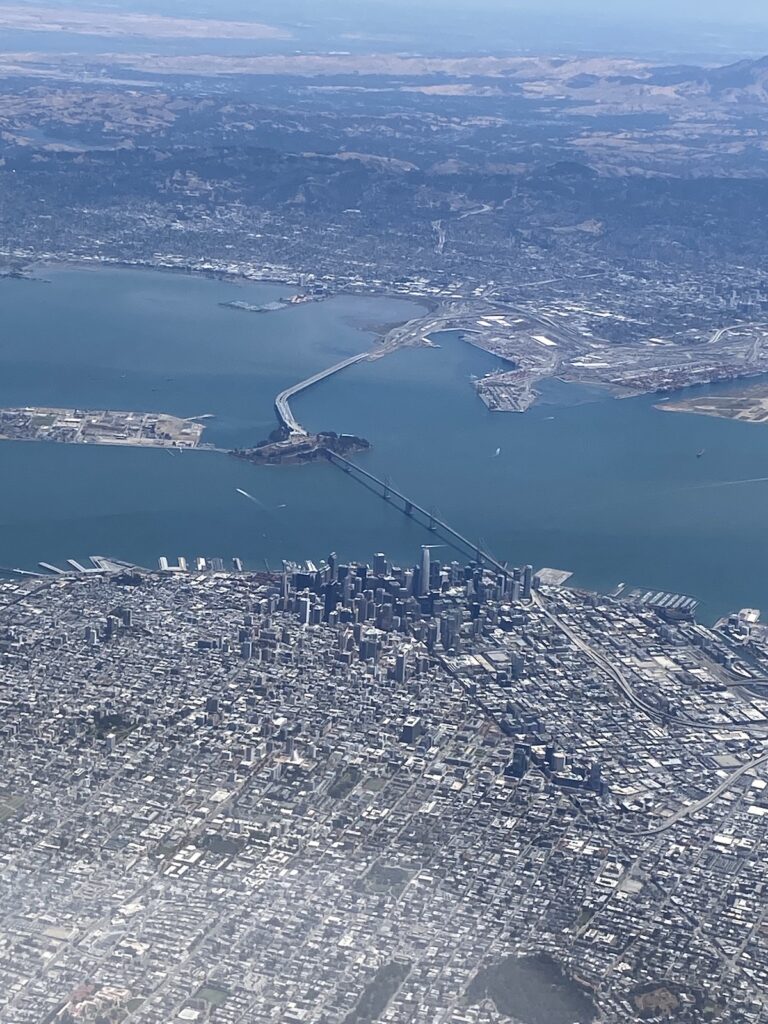 when (10+ hours later from our 1100 departure) we approached SFO, it was from the north, along the pacific coast. I had looked out the window and though – Oh, Golden Gate – before grabbing for my phone and figuring the Bay Bridge is cooler….

As it turned out, it would have been smarter to take BART than the Lyft we chose, Not the driver’s fault, the traffic entering and surround San Francisco was insane.

George managed to stay awake. I fell asleep till 2300…. then AWAKE!