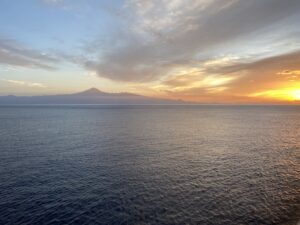 Sunrise on our way into port

La Gomera is a smallish island off the path of the larger cruise ships and tourist opportunities. The island boasts a population of around 22k according to our onboard tour sales pitch person with San Sebastian (the main town) numbering around 8200.  It is also known for having a national forest untouched by imports/gardening and carries a UNESCO designation.

The island itself seems to be mostly exposed rock with layer upon layer laid down at different times.  We strolled along the pier and into the town which has but a few long, narrow streets, a minimum number of shops (and ONLY two shoe stores that I saw!). 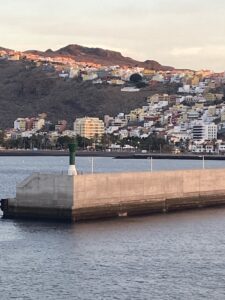 We stopped at the oldest building, the tower which is reported to be a repository  of some of the earliest documents (closed – as was the archeological museum). 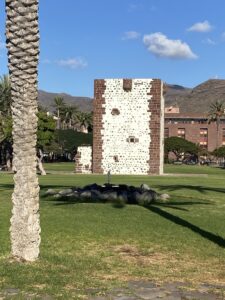 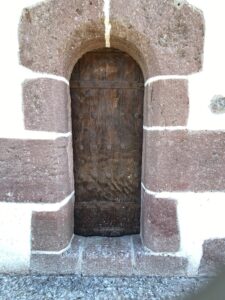 and the door probably from the same era 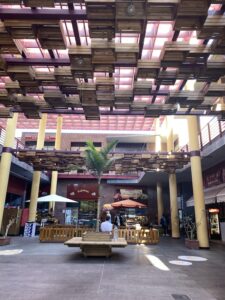 and the associated Supermercado provided yet more chocolate bars.

We walked a few more streets, stopped for a beverage 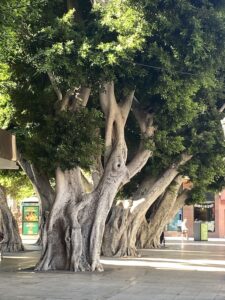 then headed back to the ship.  In the time since we had left the ship – the Sea Cloud Spirit had docked – 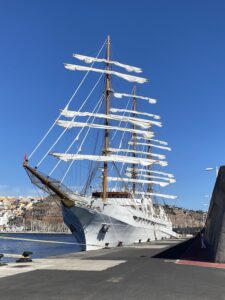 Sailing ship in the $$$$$ tradition

I will conclude with a picture for Beverly – 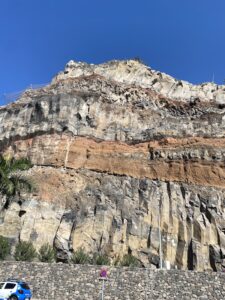 since, from a geological perspective this island has to be extremely interesting…