00The questions and answers on this page are provided in response to various queries. 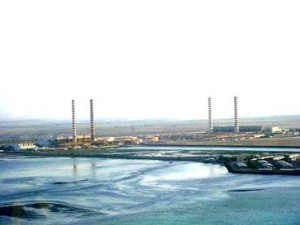 the source of fresh water

1) The infamous email from April 2003 has caused the most questions, rearing its head several times. First in March 2004 when I, unknowingly was quoted not exactly in context and found out about it when a friend sent me an email link to a national newspaper article that blasted around the US for a few days, even winding up in Stars & Stripes. See 26 March 04 entry which I included here for a more complete discussion.

The subject of fitness for deployment has come up repeatedly since then. I have done a number of briefings and I honestly believe that most of the providers processing individuals for overseas movement are doing everything they can to do the right thing. It may not always workout, but you must remember that with Active Duty [and once someone is called up—Reserve and National Guard are Active Duty] the final decision rests with the commander. There have always been competing agendas. Providers are also limited as well by how much training they have been provided on the conditions of the deployed theater. Most FOBs have improved and we are training the screeners better than early in the war. Never-the-less, the whole system depends on the honesty of the deploying service member, the smarts of the provider and the combat mission of the commander. IMHO, call-up is not when the commander should be first finding out about longstanding medical restrictions on the part of unit members. Those should have been made known when they developed.

Even more so than when I arrived in 2003, Iraq is a combat zone. The providers are dedicated and they have good facilities. But their time and ability to care for routine chronic conditions is extremely limited and can not be allowed to get in the way of being ready to take care of combat casualties. Again, remember, this is my opinion and mine only.

What was that memo?

There wasn’t a memo, it was an internal email that was sent out to providers responsible for clearing services members for deployment into the area.

And this is what it said:

“Downrange folks have identified a KEY medical issue that has significant resource and patient care implications.

SRPs and POMs are clearing individuals for movement to the combat zone without knowledge of the medical system limitations in the combat theater.

Their thinking seems to be geared toward mature theaters and stable peacekeeping operations. OIF is NOT peace keeping. It is combat; the medical support is austere.

1) Predeployment screening is designed to do two things

b) prevent deployment of individuals who would be at increased medical risk or have conditions which are not supported in the deployed environment. We neither want to injure soldiers by putting them in an environment where we can not support their needs, nor do we want to place the burden on the medical system by either diverting limited resources from the combat effort or large amount of assets into the process of evacuating personnel out of theater.

2) current practice of taking the theory of “if they are on duty they are ok” is not working. Nor is the assumption that if they have been found fit for duty by a medical board in the past they are fit.

3) Solution is to screen for combat with full knowledge of the deployed theater:

a) soldiers HAVE to be able to wear FULL kevlar, flak vest, LCE, and rucksack

b) they have to be able to put on a protective mask BY THEMSELVES and wear MOPP gear for 4-6 hours.

4) there is no routine follow up care done in a combat theater. Specifically:

a) there is no routine access to blood monitoring for medication management. Specific examples include Coumadin, Lithium, and Dilantin, INH in the first few months of treatment. Insulin dependent diabetes is an absolute no.

b) there is no access for routine CT, ultrasound or MRI

c) there is no elective surgery. No, knee scopes and rehab are not compatible with fighting a war.

d) there is no ability to guarantee medical support for personal medical equipment such as TENS, pumps and CPAP. No electricity can be guaranteed.

e) no chemo therapy or dialysis.

5) Medications which make you more susceptible to heat injury or would cause problems if treated with nerve agent antidotes are a no go. Tricyclic antidepressants come to mind. Other medical conditions which are real potential problems in this regard are asthma and many of the cardiac arrhythmias.

Frankly – we are burning out a lot of time and effort on shipping back those who never should have come in the first place. This also runs a high risk of damaging troops. I am looking to get this to the locations where those planning for deployment go to see what has been learned about the theater (Lessons Learned, etc.)

Why did you take out all those names?

To paraphrase one of the current pop phrases, “it is all about the troops, it is really not about me.” If I had left in names, rather than gone with duty positions, it would have become too much about the people and less about what happened. In leaving many individuals their anonymity, I did not have to face the delightful challenges of permissions and clearances which otherwise might have been a challenge. I am still on active duty which does imply some restriction of 1st Amendment Rights. Jail does not look like a particularly great place to visit, thank you very much. It is the same reason as I did not include pictures.

If you were in Kuwait in 2003 or 2004, you can fill in the names of many of the commanders and generals yourself.

Why did you make a distinction between Active Duty, Reserve and National Guard?

Because there were significant differences – not in how we delivered health care or the entitlement to health care, but in what happened to service members prior to arrival in theater; in how they were handled by the personnel and finance systems. Let me give you a couple of examples:

1) if you were AD, you came from a unit; had a unit and a home base to return to. Your family had a family support unit likely close to where they were living. They may well live near a military base with access to military medical facilities, ID cards, JAG and practice in working the system. If you were Reserve or NG, you probably did not have access to any of the above, making it more likely you would have co-pays, deductibles for your health care, limited access to ID cards if one gets lost or expires, or your spouse’s unit may be several states away as a matter of course because of the vast amount of cross leveling that was done.

2)If you were AD, you could do all your important payments (house, car, alimony, child support) by allotment directly from your pay. Army paymaster did it for you. Reserve and National Guard were not afforded that. So major problems resulted because payments were late; legal and hardship issues resulted that simply did not happen with the AD.

3) Promotion systems were completely separate. AD system continued to run just the way it did before. Didn’t matter if you were deployed or not. For many reserve or NG, the deployment hurt them as they were not able to submit their promotion packets as they were extended beyond their original planned return date and didn’t have access to their paperwork. Or-a vacancy came open in their home unit, but they were not there so it went to someone else.

And finally, with the AD, there is a replacement system. If someone goes home there is a possibility of a replacement someday. Reserve and Guard units have fixed manning documents. Without someone leaving the unit, there is no vacancy for a new member and therefore no replacement possible. So my knowing someone’s status meant that I knew which set of paperwork they needed. I had an idea of how to approach their commander to get their medical problems resolved. Is that a little more clear?

Why is your book so expensive?

It is one of the drawbacks of POD and self-publishing. Trade paperback size is more expensive. And beyond that, price is determined by number of pages. Unfortunately, 15+ months left me with 205,000 words before I started deleting out the out-of-theater portions, signatures, headers, and everything that I could. 387 regular pages still turned into 540p trade when you have to add in blanks, table of contents, glossaries and the like. Essentially this is almost double the number of pages as your average hardback (Most novels run ~100,000 words). Still, buy the eBook. It is a the best bargain for your money!