This morning was insane, the afternoon not much better. Around 1300 I realized that the only doc I had in the place was an OB-GYN doc and I was off to the Command and Staff Call. Twisted arms to get a couple of his compatriots from the 865th to agree to be disturbed in the gym should help be needed. I came back to find that I was essentially the sole provider. I wrote my sick PA a quarters slip, then spent 45 minutes chasing him out of here. Between 1530 and 1700, I saw a whole bunch of patients. Things looked like they were quieting down.

Ok, I am invaded by navy, marines, and coast guard. I don’t do housing; I do patients and started looking for an option. You see, Angel is not old enough to fly commercial. He and his mom really did not need to be in one of the barracks. Downtown hotel wasn’t an option (the ones we like were all full). 865th was not an option, they don’t do moms and newborns. Tried calling the 47th—VIPs around, they will call back.

Right, not in this lifetime. Chased them by phone for the next couple of hours. In between, I tried reaching JMRC (the Joint Medical Regulation Office in Qatar, controls the spaces on the MEDEVAC flights). No dice, I would finally get a phone line out of the Doha Switch, only to be told by the Bahrain switch that all the lines were busy. Finally gave up and called Ramstein in Germany and explained the situation.

Qatar calls back. We go over where, what, how, and immediately said they could take Angel and his mom upon hearing we had a car seat. Wrote up a bunch of paperwork, we get vital signs, we fight the computer systems and finally email all the pertinent information off. The MASF (Mobile Air Staging Facility) agreed that they would accept them early. Now, this is nothing short of a miracle. They never want patients early. What is more, they agreed to take all our other patients early so that we would have to make only one run. I really think it is just because they haven’t seen a baby in months.

And the navy brought a 15 pack van—so they even gave our patients a ride! They are all on their way to the APOD for very early morning departure for Europe. We still have not heard from the 47thCSH.

The end result? One brand new round-faced young man, sleeping soundly in his car seat driven over by a navy Corpsman. His mom is a marine. The PA who came along is coast guard. My great NCO who managed all the paperwork and the troops here are all army, and the air force will get them out of theater.

Joint Operations at their best! 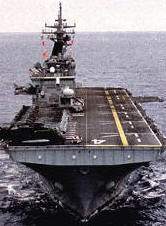