Ok, so we have this house. It has all these interesting levels. Four steps up to the entry way where, after you are inside on the landing you have to go down three steps on the right to the kitchen or go straight ahead followed by three steps down to the living room. If you don’t want to do either of those, you have your choice of heading off 90* to your left and …. up four steps (or is it five?) to reach two bedrooms and the main bathroom. If none of those appeal to you, wrap a 360 to the left and head up to the second floor. The second floor to the left is sort of above the kitchen and dining room and houses a hall, a closet and the room I have claimed as my studio. To the right you face five steps up to two small rooms that were dubbed bedrooms back in 1931 with a bathroom tucked between.

So now you need pictures. Unless I mention otherwise, these are all lower level. 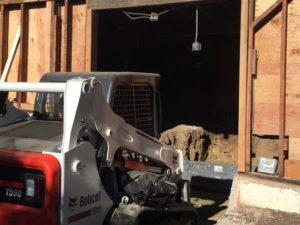 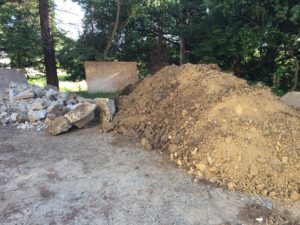 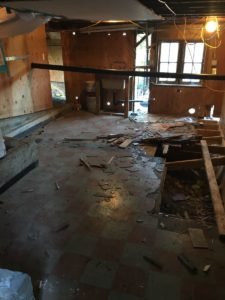 the former laundry room. This will become a bedroom with three windows plus a door to the 3-season porch 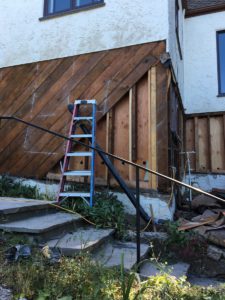 outside corner of that future bedroom. 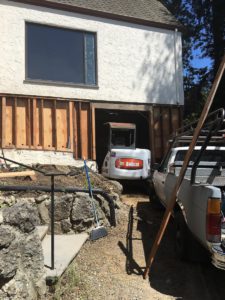 another view of living room window above, Bobcat below and a lot of debris

The construction here was upright boards on the inside, slanted boards on the outside and stucco over the top. And no – I am not going to have siding on the lower level when we are done.

All of this looked much better than the As tonight who managed to pitch horribly, strand runner after runner on base and otherwise leave me feeling absolutely no guilt for heading home after the 7th Inning stretch to get warmer. 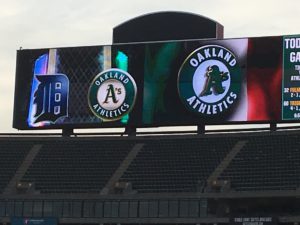 The best that the score board looked all night. Before the game…