It was not a great night for the Cal Women’s Basketball team. It wasn’t that they weren’t active and out on that court. It was more that they just weren’t sinking the baskets.

Why am I telling you this? Senior tickets (when they are available) to the men’s games are ~$18. It cost $5 to buy a ticket to the women’s game. Besides, to be honest, the women look like they are having more fun. Yes, the game is taken seriously but there isn’t some announcer talking potential and scouting and distracting all of us from watching the play on the floor.

With tickets in general admission, our choices were wide open on either end of the arena. I could have easily lived without the cheerleaders. I mean, really. What in the world does one need with six (yep, 6) skinny long haired girls wiggling around with pom-pons. On the floor are two teams of serious athletes while on the sideline are ladies specializing in hair twirling… The half-time entertainment consisted of dancing out on the court by just about any one (mostly kids) who wanted to be there. 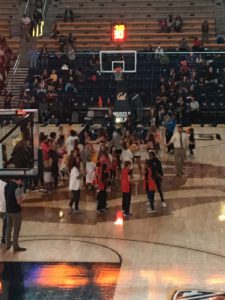 kids doing their own dance thing

But I digress. The other fun thing was the Cal Straw Hat Band. Yes, as you guessed it – they wear straw hats along with vests covered in pins and buttons. 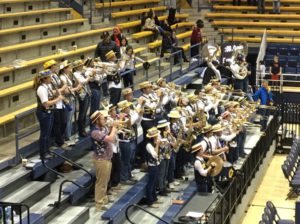 and some of the hats – which are obviously personal choice 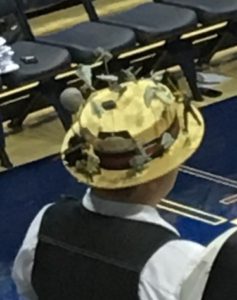 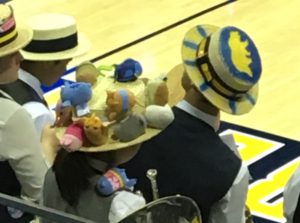 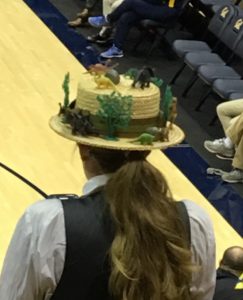 George and I had a good time and probably will go to more of the home games. I’m thinking the only game where the attendance will be significant would be the Cal-Stanford game later this year. Sorry to say, but I think there will probably be more Stanford supporters than Cal.

On the other fronts – the Klimt Virgins is done 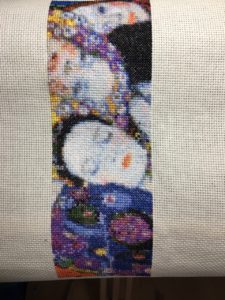 As is Bill’s Hat. 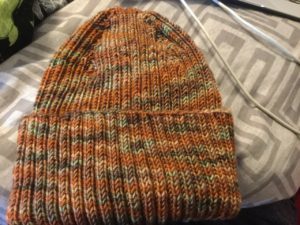