Not sure which is of the higher positivity – managing to arrive at the stadium and slide into our seats less than five minutes before the opening pitch – or doing three loads of laundry after we got home.

Now that is out of the way… no wait. We had a rep from Foxx News-Detroit in the stands with us for about four innings. Apparently some Tigers fan got upset yesterday and Tweeted (!) about the drum noise. Unlike some of those who use social media without checking their facts, this particular individual, suit and all, decided to stop in. End result? He seemed to have a good time and asked questions about the group origin, rationale behind the various beats and the general upbeat nature of the group. Decided that one reply on the previous day “they can’t be controlled but can be contained” was probably correct.

Then there was laundry.

But the most fun (ack) of the day was finishing the machine quilting for a project of the Eldest. 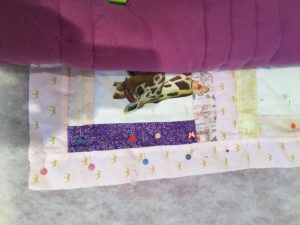 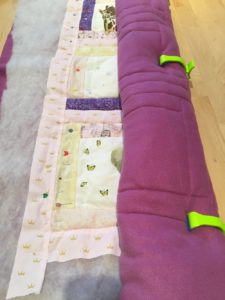 heading toward the finish 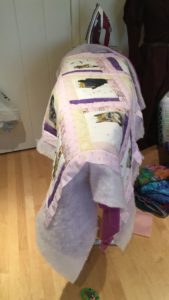 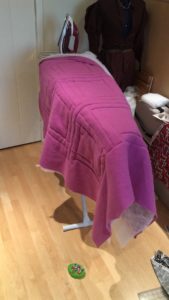 at least I don’t have to do the binding….