Since it had been a number of years since I have been on the Legend, ok – two and a half – Fall TA in 2014, it seemed like a good idea to do another galley tour. Plus with the number of C&A guests on the next cruise it didn’t seem worth waiting.

It was one of the best tours in years, the Chef – 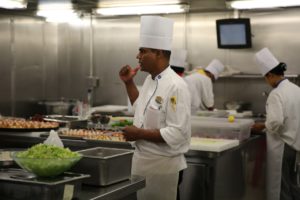 toured us through deck 4, deck 5 and would have gone on probably another hour had most of us not been due for lunch. 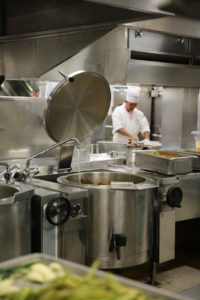 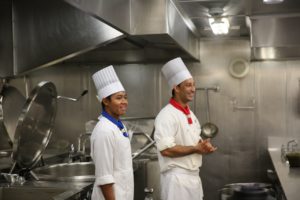 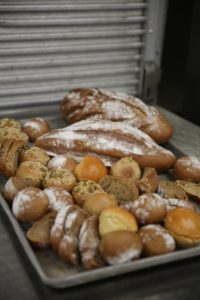 and a few varieties of bread 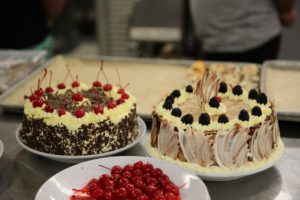 Deserts for the buffet

I found out that they bake their own nan, but buy papadums.

As if we had not been exposed to enough food already, the “Meal with an Officer” was held today as well. The buffet, set up where they hold the Chef’s Table 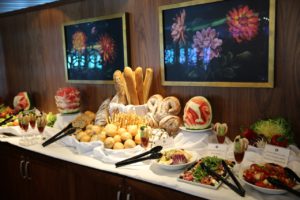 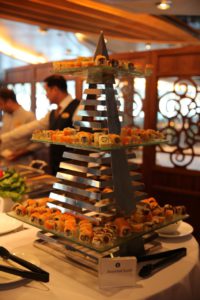 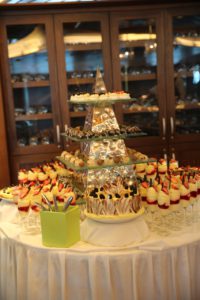 plus a double-sided set of hot foods.

However, what I really wanted to tell you was the follow up from speaking with Chef Andy (the Executive Chef) the other night. He said that he had purchased fruits in Mumbai. I told him I hadn’t seen the promised pomegranates yet.

And then I returned to my cabin…. 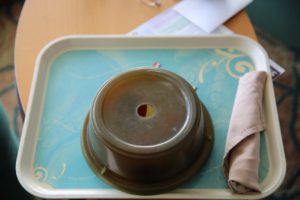 and this is what I found on my coffee table 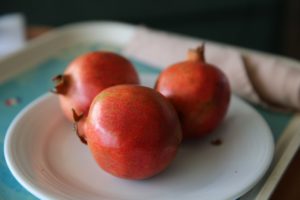 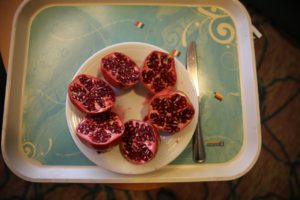 which turned into this 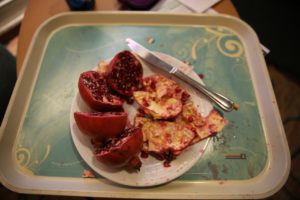 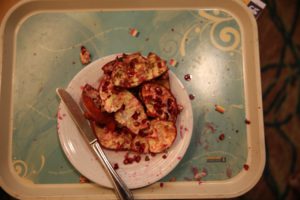