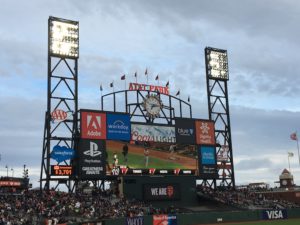 a long, long walk in fact from A T & T Park where the Giants play back to the Montgomery Street BART Station. I would put in a “long” for every one of those more than nine blocks, but even I would find it a bit much.

I enjoyed the game (would have taken Christian who is visiting to an As game out of preference but they are busy losing on their road trip) and didn’t mind at all that the Washington Capitals managed to out hit, out run, out pitch and out field the Giants. I am hoping that they get worn out before Friday when they come to my side of the Bay. 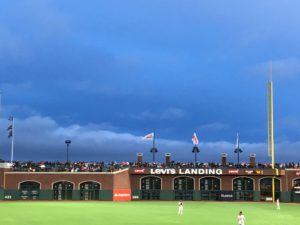 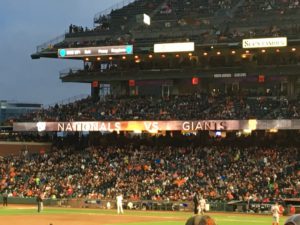 Meanwhile, it is late, just short of midnight since the other affect of lateness was having to change trains as well since the direct ones to Richmond don’t seem to run after ten.