and no lily pad.

There are days on which (in which?) attempting to accomplish anything is not a good idea. So it went today. Probably the only thing I successfully managed was cooking dinner.

First I wanted to complete the Banshee – this week’s entry in the Supernatural SAL. 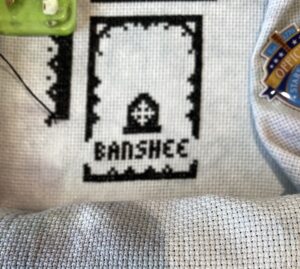 So I happily stitched the frame, then started the interior before electing to extend the outside border along  the side. Then I realized that the two boarders weren’t matching up the way they should. 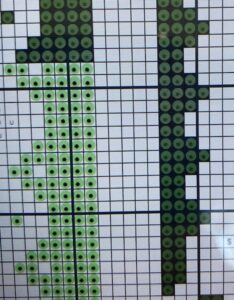 See those little bumps along the inside of the Banshee’s frame? There should be four of them, not three.. 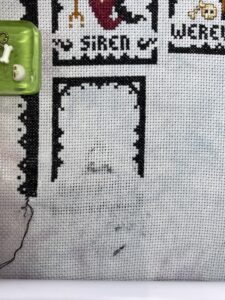 So I carefully picked out the 350+ stitches that had been added today. So I moved on to the Bear (Part of the Cottage Garden Samplings series) and hit a “one stitch off section”

Obviously, stitching is not going well today and it is time to move on to something easy, like simple mosaic computer games. Who came up on the first entry? 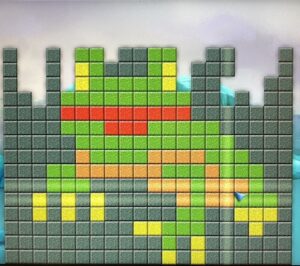 *both stitchers and knitters use the term “frogging” because you “rip it, rip it” all out.