Probably I should have spent more time today studying than I did. But I had signed up for a software class (embroidery) a couple of weeks ago. First I had purchased the software. Ravelry is dangerous. People give you all sorts of good ideas, many of which wind up being money out of the pocket. In this case, it was an excellent idea. Several days later I received a class list from Dublin Sewing Center. My new software had a class listed for today.

There is always a challenge, teaching a class on software. First you have to hope that everyone in the class understands how to do the basics on the computer they brought. Sadly, if you have 15 people, there are going to be some in the group who don’t. In this case we had about five. This included some with challenges involving inserting, opening and copying files from a flash drive.

The class was still worth it. There were a lot of things I probably could have figured out on my own (if I had thought about them, or read the manual rather than just looking a few things up).

Since I have been home – 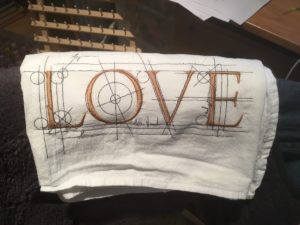 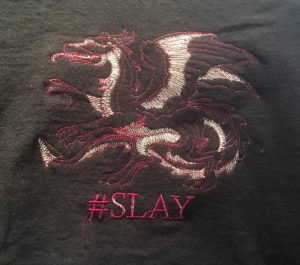 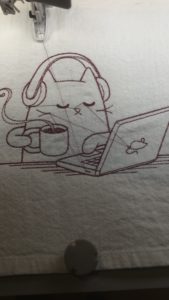 The flour sack dish towels are easy, the t-shirt is black and I will replace the photo when I have a picture in daylight.