The first time I came through Dubai to spend anytime (I don’t count changing planes) was Dec 2003 which turned out to be a bit short of mid-tour from OIF/OEF. The airport featured more stores than I had ever seen in an airport before. There was a maze of construction in what looked to be a new area of the city with glittering glass windows and spikes headed toward the sky. The rest of the CBD was off in the distance, the usual maze of uninteresting concrete and stone downtown buildings. There was one mall, and there were the Souks. The port area, which I saw again in 2010 really wasn’t much compared to now – 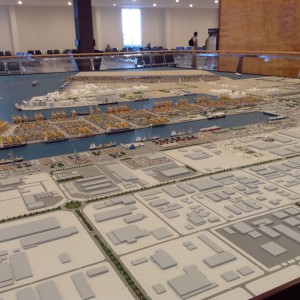 The Port, planning and Construction

The face of the newer portion of the city has changed as well. There are Malls galore, the tallest building in the world stabbing up like a needle, the “sail” hotel where a meal cost starts at 300€ (or maybe it was pounds sterling). There are sections where the wealthier foreigners live and locations where the rest of the guest workers live.

I grabbed the first Mall shuttle bus which traveled to the Mercato Mall. Thirty minutes was more than enough time in which to be bored. The bus driver – after telling us the shuttle went back at 1200, 1300, 1400 was more than willing to give me a ride back. We detoured via a couple of side streets to stop by the dispatch office. He is from Pakistan where his wife, three children, sister and mother live – all of whom he supports. He shares a small flat with 7 others in order to keep his expenses to the minimum. He neither smokes nor drinks as that would divert money from his family. Rents, he says, have sky rocketed in the last few years. All of the drivers love the RCI ships – pretty much all of the passengers understand at least some English and are friendly. Not so much with some of the other lines that dock here during their winter months. 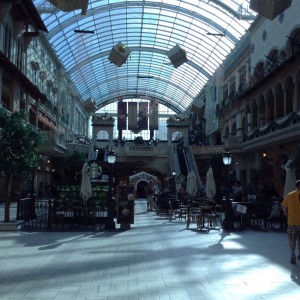 Getting back to the Cruise Terminal, I was just in time to grab the Big Bus which runs a shuttle to the Dubai Mall (largest of them all) and has the transfer points to the “real Hop On, Hop Off City Tour.”

There isn’t a full amusement park, but there is an ice-rink, full aquarium, ?water park?, attached hotel, hundreds of stores, monorail stop, taxis, buses, car parks. Mall of America has nothing on this complex which features primarily high and extremely high end stores and the occasionally interesting architectural feature. 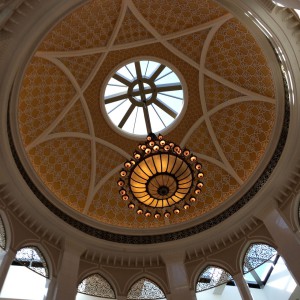 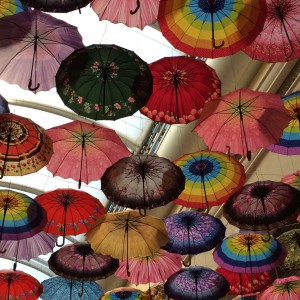 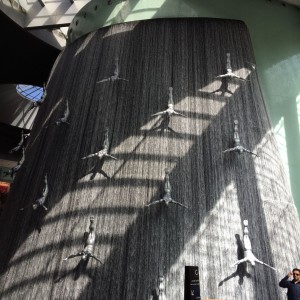 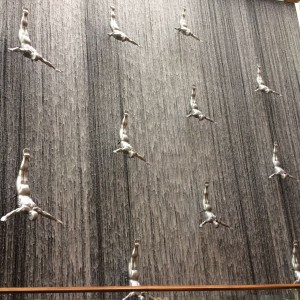 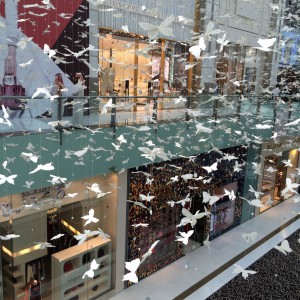 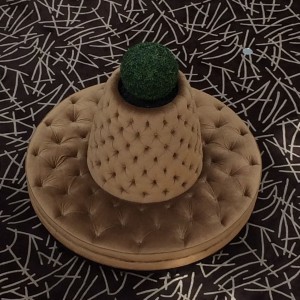 I came back rather early, riding on the upper level –

and heading back to my cabin for a last afternoon relaxing with headphones and sunshine.