We will skip that portion of the day which has to do with adding coolant to the car, finding the line at Acme Bakery more than 2 blocks long and quick stops at both Safeway’s Community Market (nee Andronico’s) for a few items and Peet’s for some much needed coffee.

Months ago I accumulated a variety of clothing and other blanks on which I was going to experiment. Adding embellishments and otherwise embarrassing the recipients with my largess. Because, of course, it would be what I wanted to make.

Then I peeked around the door into my studio space and observed chaos. There was no way that I was going to be able to get anything accomplished unless I spent some serious time cleaning up and organizing.

But wait! I can still play while it is doing its thing. As I found out, most of the designs on the machine were too large to place on small bibs, so I had to go with bagels and bunnies). For the piece de la resistance, I was going to do a unicorn (see yesterday) for Dani. It is not a small file, nor a few stitches. Rather than place it on a shirt that would not be wanted or appreciated, I took one of the hand towels and decided that would make a good test run.

One long list (26 color changes and an insane amount of converting from Madera threads to the Isacord colors that I have), 39k worth of stitches and it was finished. Good thing that I did the test. She was fine with the towel but didn’t want a shirt or sweatshirt. Not even if I changed the pinks to purples.

But I had a fine time testing out everything.

Now I just have to clean up the mess…. again!

At least I didn’t have any trouble going back to sleep and staying out cold till close to 1000.

I will not claim that I did anything useful for the rest of the day, other than taking the family out for dinner in late celebration of Dani’s birthday follow by cake at home. The theme was unicorns, candle, hooded blanket and general smiles even after the kettle gave up the ghost for good. Now something else on the list to be replaced. (grouch).

And it was back to bed early.

a bright idea. After all, an hour on the bus has got to be better than 2 ½, right? Easy peasy, I had changed my flight to depart from Orlando, the closer airport. The USO was lovely and welcoming. The terminal is cheerful, shiny, but a bit too Disney. The challenge started when the flight before mine leaving gate 124 had an issue.

The dominos started falling. Because the flight to where-ever was delayed, the inbound plane was diverted to 105, meaning that all of us got to stream from one end of the terminal to another. Plane pulls in. It takes over 30 minutes to unload. By the time we are 70% boarded my 60 minute window for plane change in Austin is down to 10 minutes. Not realistic. Then the stewardess pages me along with another passenger. Sara and I look at each other and shrug as we are “invited” to grab our luggage and get rebooked from here.

So queue another hour in the airport. Did I mention that I have been up for over 12 hours with no end in sight? Thought you had guessed.

New boarding passes in hand along with a credit voucher, I finally board. I don’t miss the two ladies with whom I had chatted in the first boarding area who were more than happy to sit with me. Instead I had the opportunity to sit next to a lovely young man on the way home for the holidays. He had been in the row behind me, but when two parents came down the isle with their adult child toward the end of the boarding process, he promptly offered them his row and moved to the middle seat in mine.

Arriving in Denver, at first I panicked when I didn’t see my connecting flight on the board. Double checking by flight number, I was not surprised to find it delayed. For that matter, so is the flight to Los Vegas as well as the young man’s flight to Salt Lake.

So here I am in the Denver airport, now scheduled for departure @2305 Mountain Time and will arrive as close to the scheduled 0035, which of course is Pacific Time. 18+3+? Up too long, that is for certain.

As I mentioned, our destination is now Port Canaveral. We will be docking in the morning at the new Terminal 1.

Except in the distance, we haven’t seen rain (unlike what I have heard from various friends in the Tampa area). From mid-morning on, we were able to watch the Florida Coast in the distance off the port side.The winds have been strong enough to have the outer decks closed off to passenger traffic which meant the Solarium was more than a bit crowded for most of the day.

After reviewing the bidding (free drop off at Orlando Airport, Tampa Airport or Tampa Cruise Terminal) I decided to check on Southwest fares. For minimal more I was able to change my reservation to Orlando and cut my bus ride considerably. I will be still connecting to the same flight in Austin which means no change in my arrival time in Oakland. It also means that I don’t have to be up at the crack of dawn (unlike every other day on this cruise when I have been awake by 0330) but will have time for a leisurely breakfast.

Packing took but a few minutes. I made my last forays to both the knitting group and the coffee machine. I am contemplating an early bed time as soon as I place my bag in the hall for pickup. I could haul it off my self, it isn’t either large or heavy. But considering how many people are planning on doing walk off, the elevators are going to be packed. I find the idea of carrying it down four decks not all that thrilling.

So there you have it – BCN to Tampa on the Rhapsody with detour to Port Canaveral.

The Rhapsody is scheduled to dock in Tampa on the 22nd.

Or should I say, it WAS scheduled to dock in Tampa. It seems like there is lousy weather headed into Tampa with the resulting rough seas making it a bit more than challenging to get under the bridge and into port.

Instead, our Captain informed us this evening, we will be steaming up the East Coast of Florida (not the Gulf side, just so there is not any confusion) and we will dock in Port Canaveral. Only a short 2 hour jaunt from the Tampa Airport. They are providing free transfers to all the airports (including for those who had paid for them before) as well as to the port of Tampa for those who just happened to have a car waiting for their return.

For a few people, this will be a positive change – for all those who live near Coco Beach, Canaveral and other points East. For those who had actually been heading to Tampa or points west, it might be a challenge.

Me? My flight isn’t till 1800, and I am more than glad I was so cheap as to book the late, cheaper fair. Of course, it comes with a plane change in Austin. Now, I wonder what this is going to do to plane flights….

After reviewing a couple of hours, which was a break from packing – I downloaded and took my last exam. This is a timed open book exam. Not that having an open book is of any help at all. I had extensive notes, but there simply isn’t time to find, cut and paste as apposed to simply answering the question/s.

It seems like all law school exams are essays – which may explain the definite faculty preference for computer over blue book. With an open book/on-line exam, there isn’t much choice, it is going to be computer.

Of course, it also helps if you remember to either convert your document into Word (ick) or PDF it.

Pages is my standard. The above is mentioned because I forgot to convert the exam so had to immediately send a copy in the right format. The upload software doesn’t let you upload again/replace whatever you send.

I would rather scribble in a blue book…. 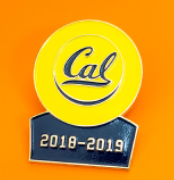