For those of you who know as little about US baseball as I do – Dave Stewart is an Oakland California native, who played from 1978-1995 as a key member of several championship teams, World Series Victories and all around incredible human being. Since retiring from baseball he has tirelessly worked with youth and sports organizations in the Oakland community. 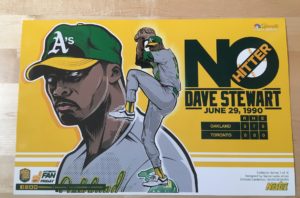 As part of the 50th Anniversary year celebration, today’s give away was an Action figure. It was also in commemoration of the perfect game that he pitched. 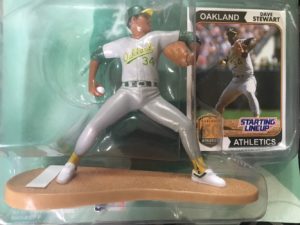 Not only did he throw out the first pitch, he received a standing ovation from the crowd. To top it off, the As managed to win the game.